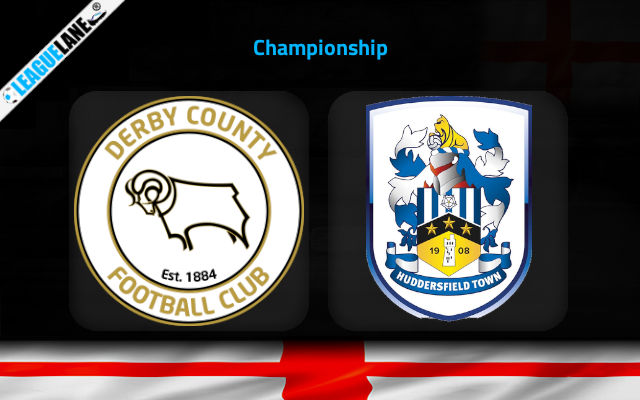 Huddersfield and Derby were placed 20th and 21st in the Championship table the last season – literally the last two safe spots in the league. They had struggled with defense all through the campaign, and it’s only a logical inference that these two are about to deliver a goal-fest.

Derby were the worse of the two, as they had a surplus of just one point over the relegation cut-off, and they were winless in 35 of their total 46 games in the competition.

At one point in the season, it looked as if they might be booted to the League One, but the team did manage to somehow finish above the cut-off. And for the reason, the team will be definitely determined to at least finish in the mid-table this time around.

They are certainly going after a win this weekend, as they have not been allotted a strong team from the Championship, and will definitely fancy their chances.

In the meantime, Huddersfield had conceded the most number of goals in the league in 2020-21, and that included the three relegated squads as well.

They were winless in 34 of their total 46 games, and one thing that were slightly superior than Derby was their offense. In fact, the team had managed to score 50 goals, which most of the bottom-tier teams had failed to do.

By the looks of things, expect a high-scoring affair this Saturday at the Pride Park.

On the other hand, their counterparts were winless in 24 of their previous 30 overall games, and they have won just four times on the road since November of 2020.

Taking into account these observations, as well as stats of their respective campaigns in the previous seasons, and most importantly their h2h stats in the past several years – expect a goal-fest this weekend at the Pride Park.