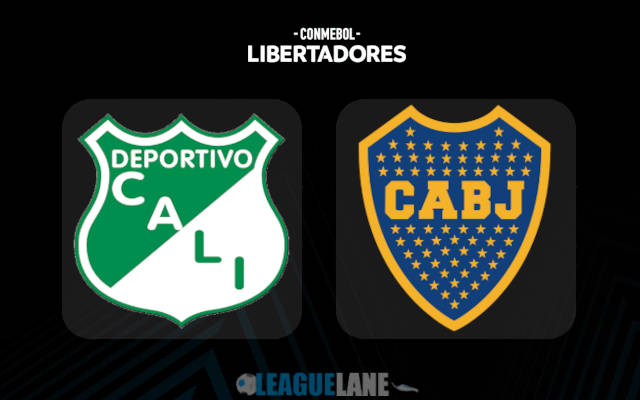 Deportivo Cali played their last Copa Libertadores match in April 2016 when they fell 6-2 to Boca Juniors in Buenos Aires.

They return to the elite continental competition this year and will play the same opponents at the beginning of the group stage campaign on Tuesday evening at Estadio Deportivo Cali in Palmira.

Cali earned their berth by winning the 2021 Colombian Primera A Clausura campaign. Nevertheless, they got off to a horrendous start to the 2022 season.

Rafael Dudamel’s men are second from bottom (19th) after 13 rounds of the new Primera A season.

They have only snatched the third win of the campaign ten days ago against Cortulua (2-1). The lack of attacking creativity seems to be their biggest problem because the team notched no more than 10 goals in the inaugural 13 fixtures.

Boca Juniors are one of the strongest teams in Copa Libertadores and it is not realistic to expect the Colombians shifting their fortunes around just in this fixture.

Boca have conceded only two goals in six group-stage outings in the previous term of Copa Libertadores but were then stopped right at the beginning of the knockout phase at the hands of Brazilian side Atletico Mineiro.

Boca Juniors won four, drew two, and lost one of the opening seven ties of the new Liga Profesional Argentina campaign, shipping no more than six goals in the process.

Deportivo Cali are struggling at the start of the season and we see them as big underdogs here against Boca Juniors who also have tradition on their side.

We will take the 2.30 odds offered for the away victory all day long, while you can alternatively back the visitors to keep a clean sheet at the odds of 2.37.