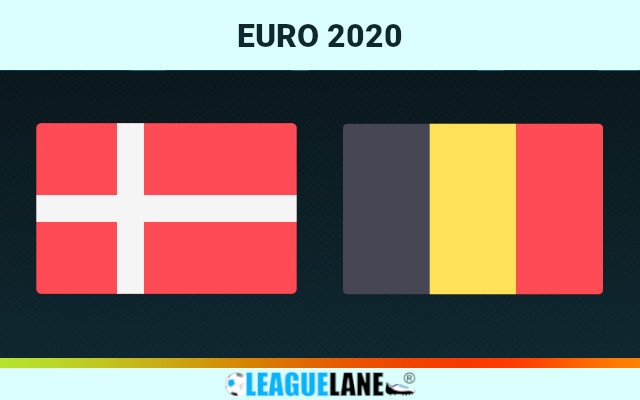 The Belgians have started their campaign as expected – with a convincing win over Russia. Meanwhile, the Danes went through a traumatic episode in their opener, as star player Christian Eriksen collapsed on the pitch mid-way through the game.

Fortunately, the midfielder is getting better at the hospital, and there are no long-term concerns about his health.

However, Denmark have lost their playmaker-in-chief, and its effects were sufficiently visible in the second half of their match-up against Finland. The Finns ultimately secured a 1-0 win.

Going on, Roberto Martinez’s men are ranked first in the world, and they are in spectacular form. They also have set sights on the title, and will try to ensure their progression to the Round of 16 with a win over Denmark, who are not in the best of spirits right now.

Eriksen will most probably not making a comeback to the playing eleven anytime soon, and manager Kasper Hulmand will have to depend on Mathias Jensen to fill in those shoes.

However, the team will surely miss the creative spark of Eriksen, and fans hope that midfielders Pierre-Emile Hojbjerg and Jensen could share the play-making load.

Martinez was missing reigning PFA Player of the Year – Kevin De Bruyne in the opener. However, it’s expected that the inspirational midfielder will be integrated into the playing eleven – in order to get him prepared for the knockouts.

The team will be missing the services of Timothy Castagne, who was injured and subbed off in the 27th minute in the opener.

Hjulmand’s men surely had great aspirations coming into this tournament, but they had to go through some truly unpleasant moments in their opener itself – and to rub salt on their wounds, they lost the game against a much weaker team.

Now, they cannot afford to drop points, but are pitted against the first-ranked team in the world. The Belgians have a free-flowing offense, and they will easily take advantage of this desperation by their counterparts.

Moreover, Martinez’s men had secured a compelling win in their opener without some of their best players in the starting eleven. However, with DeBruyne, and Hazard returning, the likes of Romelu Lukaku and Dries Mertens might be scoring in plenty.

On top of that, the Danes also have a poor h2h record against this foe over the years, and have conceded in plenty in the process.

By the looks of things, expect a Belgium victory this Thursday, and goals in huge numbers as well.