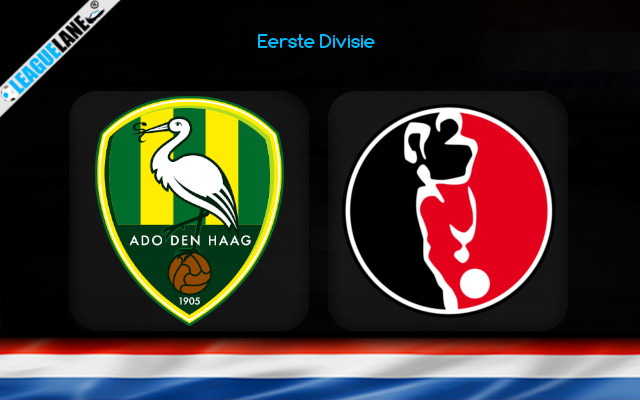 The rock bottomed Helmond Sport will be traveling to Cars Jeans Stadion this Friday to meet Den Haag who are in the zone for Eredivisie promotion.

The hosts are at the 7th spot on the standing with 56 points from 32 games. They won 19 times in the league while drawing on 5 and losing on 8 other occasions. Den Haag has been recently reduced 6 points due to financial problems. They haven’t lost a match in 8 of their last 9 home matches in the league.

The Storks had a dominant 5-0 Eerste Divisie triumph over VVV-Venlo previously. They have managed to score more than once in their last 8 matches in the league. The hosts have been scored against on 5 of their previous 6 matches, shipping 12 goals along the way.

On the other hand, Helmond Sport resides at the rock bottom closing the 20th position on the table with a mere 24 points. Of the 33 matches played, they won only 7 games in the league while drawing 6 times and losing on 20 other occasions. Their total goals to conceding ratio stands at 33:60 which is the worst in Eerste Divisie, showcasing their dreadful lineup.

Helmond lost the previous game against Maastricht by 1-2. Their form hasn’t been good, as the team has won only 4 of their last 31 away matches. They have conceded an average of 1.82 goals in their league games.

Helmond Sport’s form hasn’t been good, as the team has won only 4 of their last 31 away matches. They are also without an away win for the past 2 league games.

Meanwhile, ADO Den Haag haven’t lost a match in 8 of their last 9 home matches in Eerste Divisie. They are also undefeated in their last 2 home league matches.

We therefore back up The Storks for this one as the visitors are pathetic this season, as they won only 18% of the away schedules so far.