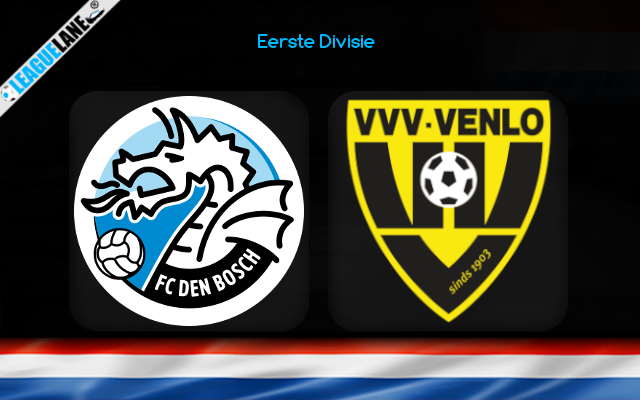 Neither Den Bosch nor VVV-Venlo are enjoying a consistent form in the league of late. Both these outfits will meet each other in a Eerste Divisie fixture at De Vliert on Saturday.

Den Bosch have seen recording a couple of positive display in the recent league fixtures. They have collected 7 points from the past 5 league matches to add up to a total of 33 points for occupying the 13th spot of the table. They have an average offensive and a disappointing defensive lineup.

Den Bosch recorded a 2-0 defeat against almere on road in their most recent league fixture. They were on the back of two straight league victories before conceding the above defeats. They will be hoping to return back to the winning ways when they face their next league fixture rival.

Meanwhile, VVV-Venlo sits 10th on the table. They have a total of 40 points, currently 8 points away from the safe zone. They owns an average offensive and defensive side. However, they will be hoping to gain the much needed momentum from their next league fixture.

Venle lost 0-2 to the current table toppers FC Emmen at home in their most recent league fixture. This defeat came after their 0-3 victory against the current bottom of the table, Helmond Sport on road.

Den Bosch are on the back of two subsequent home victories. They will be motivated enough to extend their current streak for sure.

On the other side, VVV-Venlo won three of the past 5 league fixtures on road. As like Den Bosch, Venlo too faces a position in which no option available for conceding a defeat.

By the looks of things, either of these two will be desperate to record a win. Therefore, we are envisaged to think that they will both end up this fixture with scores level.