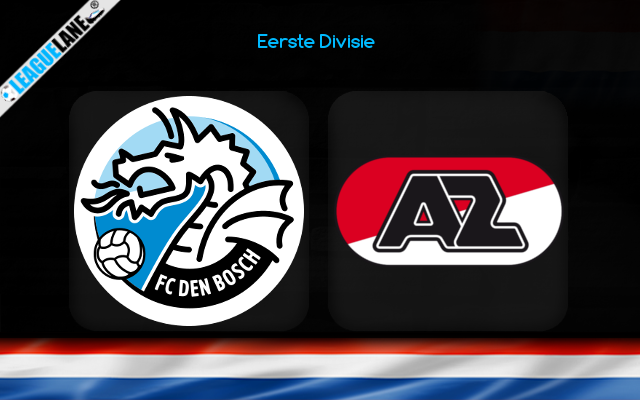 Jong AZ have started their new Eerste Divisie campaign impressively and we’ve seen them bagging 16 points in 10 games and impressing especially in the attacking third.

Going on, they were on the back of a 3-game losing streak before claiming a 4-0 victory against Breda in their previous league outing.

They will be hoping to build on a streak of positive games and snatch important points which helps them to achieve their immediate target of climbing into an elite spot in the league standings.

Den Bosch, on the other hand, have lost a major share of their league outings in this season. A total of just 3 wins out of 10 league fixtures, have allowed them to sit at the 18th position of the table currently.

Moreover, they are conceding goals at the rate of 1.9 per game. Do also note that the visitors have conceded a total of 10 goals in their last five league outings.

By the looks of things, expect a victory for the visiting side Jong AZ on Friday evening at De Vliert.

The previous Eerste Divisie clash between these clubs was in the last year which ended up with the score at Jong AZ 3-3 Den Bosch. The offensive and defensive strength of Jong AZ is much better of late unlike the past year.

On top of that, Den Bosch is struggling to post points on the board in this season. Do also note that they had lost 80% of their home matches in this season.

Considering all these observations, expect a victory for Jong AZ on Friday.