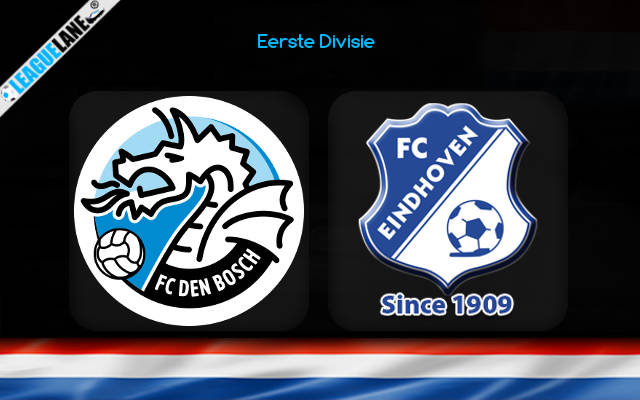 FC Eindhoven sealed the last spot of Eredivisie promotion after their long awaited from the last couple of matches. The hosts are a mid table team currently failing to make an impact, losing 4 out the last 5 games played in the league. They both are only 9 points apart and the hosts hope to turn the tables at De Vliert this Friday giving their best out at home ground.

FC Eindhoven is at the 8th spot on the table with 35 points from 22 games. They won 10 times in the league while drawing on 5 and losing on 7 other occasions. They have scored 38 goals in total while conceding a sum of 28 so far in the league.

After a series of 4 draws, the visitors have found a victory against Jong Utrecht, on the last league fixture, hammering them by 4 goals to nil. In 5 of the previous 6 games involving FC Eindhoven, a notably low volume of goals have been scored between them and opposing sides.

On the other side, FC Den Bosch resides at the 12th position on the table with only 26 points. Of the 22 matches played, they won on 8 games while drawing twice and losing on 12 other occasions. Their total goals to conceding ratio stands at 26:41 which shows some room for improvement in defense is urgently needed.

The hosts lost the last 2 league fixtures against Jong Ajax and FC Emmen conceding 4 goals. After last November, they couldn’t get a win and has suffered 4 losses and a draw. Den Bosch have seen their defense breached in 6 of their previous 6 clashes, shipping 18 goals along the way.

We expect a draw happening this Friday as the visitors and hosts are both average and they both tend to evenly edge out when facing off each other.