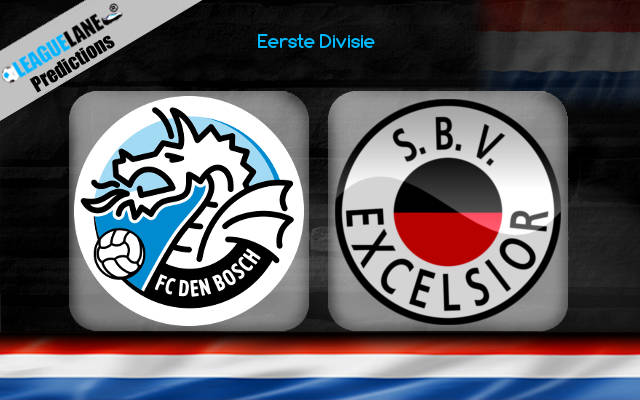 A shuffle at the top of the table in the cards as Excelsior visit Den Bosch in the De Vliert Stadium.

Excelsior is on a high after beating Jong Ajax 2-1, the same team that beat Den Bosch in the week prior. However this is no metric to predict the outcome of the upcoming match, but it will definitely be a 1-up for Excelsior psychologically.

Den Bosch’s great start to their season got flipped around on its head following two straight losses to Jong Ajax and Eindhoven. Their home fans will be especially irritated after being thrashed by Jong Ajax who sits at the bottom of the table.

Kuijpers and Hornkamp have scored 4 goals total in 4 matches and are looking to be in good form for Den Bosch. Excelsior’s El Yaakobi and Dallinga have done the same for their team with2 goals apiece.

Both teams are evenly matched ahead of the clash and it will all come down to who wants the 3 points more this Friday.

The weather forecast shows that it is going to rain cats and dogs in goals this Friday at the De Vliert Stadium.

Hornkamp scored 4 goals against Excelsior in their last match and already has 2 goals to his name this season, he is a definite guarantee to score at any time.

The oddsmakers have made it attractive for punters to bet on either team with odds of 2.4 and above for both sides. Although this might be the case, Excelsior looks to be the side that will most likely come out on top. The scoreline is predicted to be 4-2 in favour of the visitors.