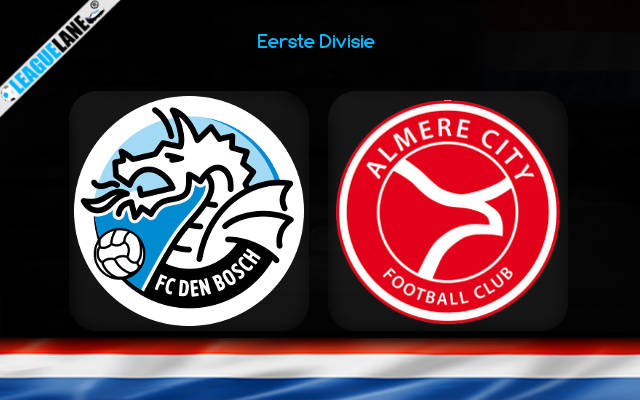 Both Almere and Den Bosch are amongst the worst teams in the Eerste Divisie. They are conceding goals in huge numbers, and have placed themselves in the bottom-most tier of the table.

This weekend, either squad will go for the win in an effort to put an end of their dismal streak, and as such, goals are expected in plenty. Red our Preview, Predictions, and Betting Tips with Analysis here.

Den Bosch lost 3-2 on the road the last match-day, against Den Haag. In the meantime, Almere lost 1-2 at home against Graafschap.

Going on, Den Bosch are on a three-fixture winning streak, and they had lost 11 of their preceding 14 fixtures. They have conceded two or more goals in four of their former six games, and they have a single clean sheet at home since April.

On the other hand, their counterparts had conceded 11 goals from their last four fixtures, and they have a single win on the road this whole season. Note that they have let in two or more goals in all but one road trip this 2021-22 season.

On top of all that, majority of h2h meetings over the years had goals in huge numbers.

Considering all these observations, expect a high-scoring affair this weekend.

Tips for Den Bosch vs Almere