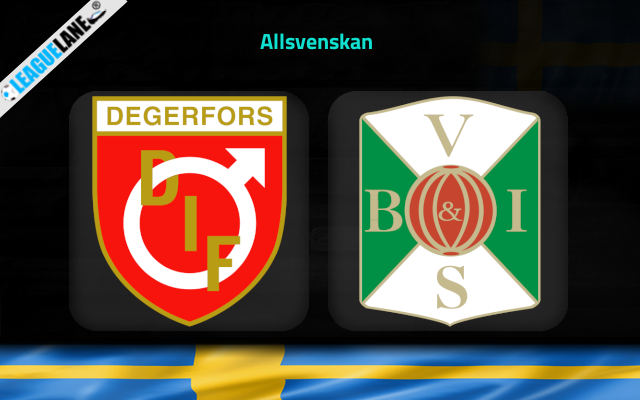 Degerfors continues to disappoint in the Swedish Allsvenskan this season after promotion. They will lock horns with Varberg on Saturday for the three points in the league at Stora Valla. The visitor is on the path to making a comeback in the campaign after a poor start in 2021.

The host has only one win in their last five matches in the league. The promoted team will come into the game on the back of a three-game losing streak in the schedule. They will return home after suffering a 2-0 loss on the road against Sirius last time out in the campaign.

On the other hand, Varberg is two pints behind the host on the table. The guest has lost only two of their last five clashes in their form and has broken their four-game winless run in the last attempt. They will visit on the back of that 2-0 win at home against the likes of Goteborg in the league.

Degerfors is in a losing streak in the league and betting over them on the next match will seem quite risky for the punters. But the host has lost only one of their recent four home matches and that too was against a stronger team Malmo FF in the middle.

Besides, Varberg has won only one of their six outings in the campaign so far this term. Hence, the double chance favoring Degerfors will probably be the best bet along with a BTTS in full-time.