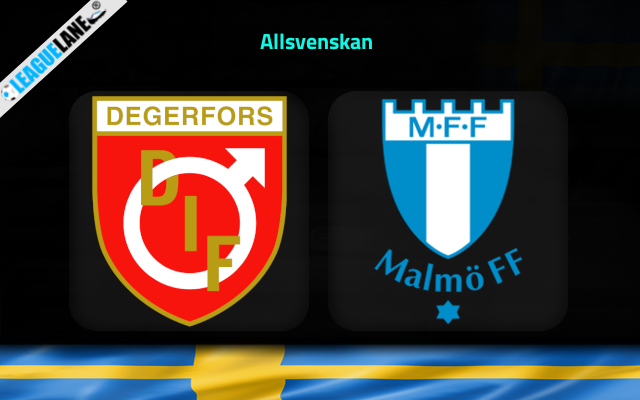 Degerfors had an unimpressive start to this season. They recorded a set of negative displays consistently to push themselves down to the relegation spot of the table. Their form is much worse than that of the bottom spot occupier Helsingborg and what keeps them one place above the bottom is their two positive recordings so far this season.

Degerfors recorded a 2-1 defeat on road against Varbergs in their most recent league fixture. They were on the back of two subsequent victories before recording the above defeat. However, they have currently conceded seven defeats of their 9 games this season.

Meanwhile, Malmo have been recording disappointing displays in the league lately. Their start was quite impressive and had managed to remain unbeaten till their eighth fixture. Since then, they follows a streak of losing games in the league.

Malmo recorded a 1-2 defeat at home against Hacken in their most recent league fixture to wove a thread of three subsequent winless games in the league. They will be hoping to return back to their winning ways from the upcoming league outing.

Degerfors possess a disappointing form at home this season. They lost three of their 4 league fixtures at home so far this season. Their defensive line-up leaked goals at a good rate too.

On the other side, Malmo are unbeaten in three of their 5 league outings so far this season. Their defensive line-up is not that strong on road and we can expect them to leak goals in this fixture too.

However, their head to head trend is in favor of Malmo and after analyzing the poor form of Degerfors at home, we are left to back them in sealing a three pointer to end up their current slump of three losing games.