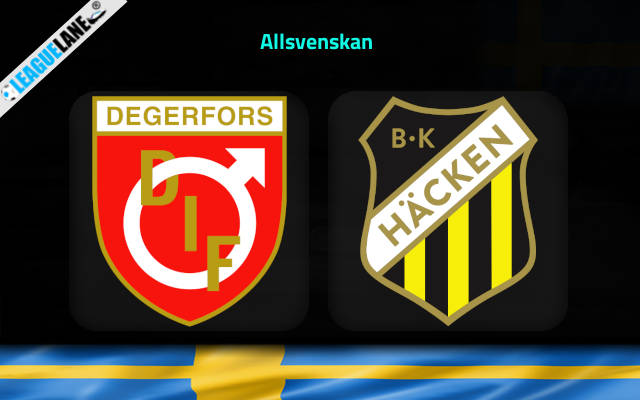 Degerfors are going through a poor run, and are conceding goals in plenty. However, they have been performing well at home. Meanwhile, Hacken have lately been in good form, but have struggled on road. By the looks of things, expect goals in huge numbers this Sunday.

Degerfors are placed just one spot above the relegation cut-off, and they are desperate to put an end to their dismal run, as well as are eager to improve their standing.

They will hope that they could build on their form at home, and secure some much-needed points this Sunday.

In the meantime, Hacken are determined to make use of their recent momentum. While their form on the road is a cause for concern, they are confident that they could find the back of the net.

As things stand, expect a goal-fest this weekend.

On the other hand, their counterparts had won their latest game 5-0, and had scored two or more goals in four of their former eight fixtures. Be that as it may, they have a single clean sheet from their previous ten road trips.

Taking into account these observations, expect a high-scoring thriller this weekend.