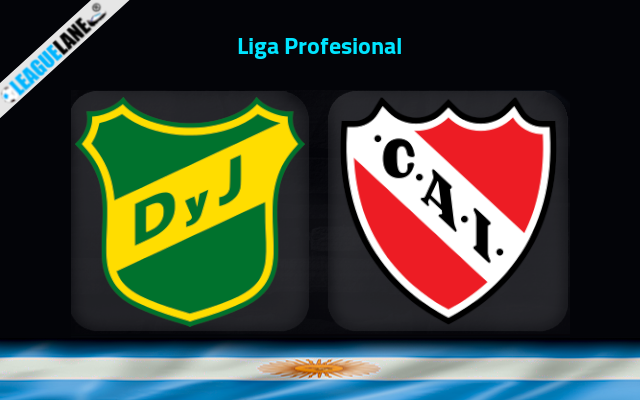 Defensa Y Justicia were having a disappointing form before entering the Liga Profesional battle this season. They followed the same in the league and have pushed themselves down to the 23rd spot of the table. Their offensive and defensive line-up also looks weak.

Meanwhile, Independiente were having a decent form before entering this Liga Profesional season. Instead of following the same in the league, they turned dreadful and is currently following an unimpressive form. As a result, they are pushed down to the 21st spot of the table at present.

The winless run of Defensa Y Justicia is definitely not impressive. But they are unbeaten in five of the 8 league fixtures they have played so far this season. By the way, most of them were drawn outcomes.

Defensa Y Justicia is having an unbeaten form at home this season. They have managed to remain unbeaten in each of their 4 league fixtures at home so far this season. Most recent of those was a 3-2 win against Aldosivi.

On the other side, Independiente is currently following a winless streak for four league games at present. Three of them were negative outcomes too. Their defensive line-up have leaked three goals each in two of those 3 defeats.

Independiente are yet to win a game on road. They have played four games on travels this season. Each of those ended up in a winless display. On top of that, they lost three of those four.

Considering all the above stats, we are left to back Defensa Y Justicia despite of the strong head to head form of Independiente.