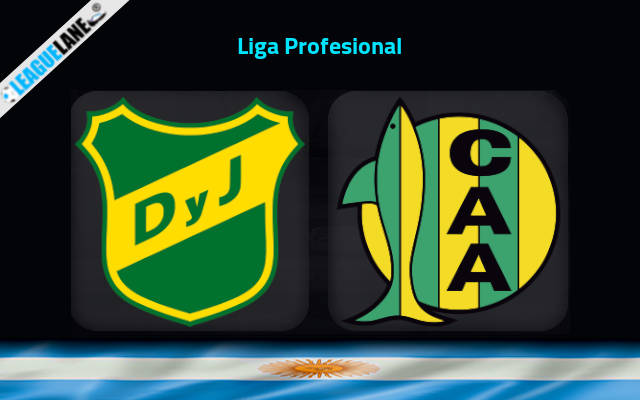 Gameweek 7 of Liga Profesional is set for this weekend as Defensa y Justicia play host to the Aldosivi where both these remain at the bottom two spots performing pretty awful. These two teams will be seen clashing at Estadio Norberto Tito Tomaghello, this Monday.

Defensa y Justicia is second from the bottom at 27th spot with just 4 points from 6 games. They are yet to win a game in the league while drawing 4 times and have lost on twice other occasions. The hosts have drawn their last 3 home matches and seems to be lost at moment.

The hosts will be hoping to bounce back here following a 1-0 league defeat in their last game at the hands of Gimnasia. The team is also falling apart with losing the best players in the transfer market.

On the other hand, Aldosivi resides at the rock bottom on the table with a mere 4 points. Of the 6 matches played, they won and drew each game here but have lost on 4 other occasions. Their total goals to conceding ratio stands at 3:10 which is the worst in Liga Profesional, showcasing their dreadful lineup.

The visitors go into this game following a 2-1 Superliga win over Rosario Central in their last match. Aldosivi have been scored against in 5 of their last 6 matches, with opponents netting 10 goals overall.

Meanwhile, Aldosivi have lost their last 5 away matches across various competitions and remain as the worst side in this tournament. Things have not been going that well in front of goal for them recently, with the side failing to score in 4 of the last 5 on-road games while conceding 15 goals along the way.

Due to home advantage and considering the past h2h stats, a win for hosts is likely to occur this Monday.