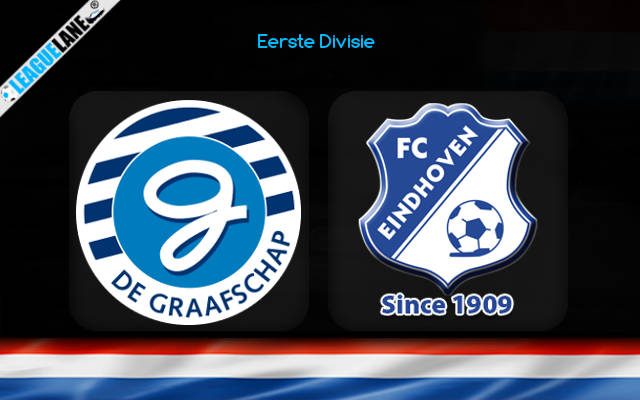 Eindhoven will continue the pursuit for the top-flight promotion on Sunday afternoon when they visit Stadion De Vijverberg to take on bottom-half De Graafschap in Eerste Divisie Matchdqy No 17.

The visitors are currently fourth in the league table with 8 wins in 16 games so far in the season.

They have suffered a tough 5-2 loss defeat at PEC Zwolle in the previous away game but managed to bounce back with the 3-0 thumping of Telstar just before the World Cup break.

FC Eindhoven have been playing attacking-minded football this season under Rob Penders. They bagged 28 goals in 16 outings and we certainly can expect another high-scoring tie when they take on fellow attacking-minded De Graafschap here.

The problem for FC Eindhoven ahead of this matchup is the fact De Graafschap are a very tough side to beat in Doetinchem.

De Graafschap lost only two of eight league games on the home patch this term. They have scored 13 goals in 8 league outings in their own backyard so far in the season.

The team led by Adrie Poldervaart won three of the previous four outings in the league to climb to the 11th position in the standings.

It is very interesting to see De Graafschap as the 2.05 favorites knowing FC Eindhoven hold the 4th position in the Eerste Division standings at the moment. If we have to go for the outcome pick, we’d take the value bet and back the visitors not to lose at the 1.72 odds.

The best betting option for this game would, however, be Both Teams To Score at the 1.66 odds.