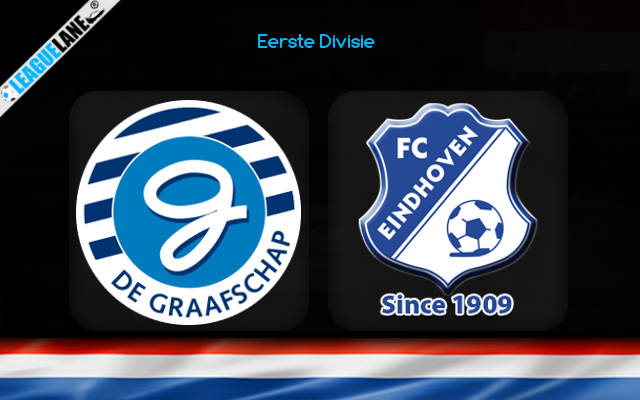 Not only are Graafshcap placed second in the table, but they have a great h2h record over the years against Eindhoven, who are going through a worrying stretch of performances on the road. Likely, expect a win for the former. Read our Preview, Predictions, and Betting Tips with Analysis here.

Graafschap had recorded a 1-2 win on the road the last match-day, against Almere. In the meantime, Eindhoven had registered a 2-1 win at home against Oss.

Going on, Graafschap had won six of their previous nine fixtures, and they had remained unbeaten in 20 of their preceding 24 games. They have also lost just twice at home this whole season, and just four times in total in the whole of 2021.

On the other hand, their counterparts had lost four of their past eight games, and they are on a four-game losing run on the road.

In fact, they have won just thrice away from home since September of 2020, and had conceded two or more goals in seven of their last twelve road trips.

Furthermore, they also have a poor h2h record against this foe over the years, and for all these reasons, expect a win for Graafschap this weekend.

Tips for De Graafschap vs Eindhoven