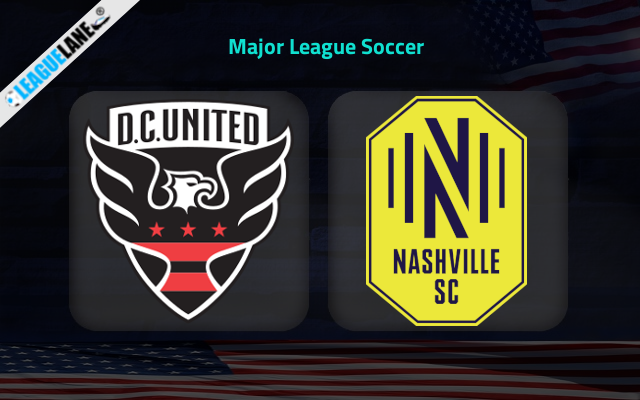 DC United had an average start to this season. Instead of bettering that, they turned disappointing by recording dreadful outcomes. They are currently at the 13th spot of the Eastern Conference table with the possession of an average offensive and a disappointing defensive line-up.

DC United recorded a 1-0 defeat on road against Chicago Fire in their most recent league fixture to wove a thread of six consecutive winless games in the league. They will be hoping to better themselves by recording positive displays further.

Meanwhile, Nashville SC also had an average start to this season. They have maintained the same further and are seen mostly inconsistent so far this campaign. Their offensive and defensive line-up also looks to have an average form.

Nashville SC recorded a 1-2 defeat at home against Sporting Kansas City in their most recent league fixture. With that defeat, they are following a streak of two winless games in the league. They will be hoping to end up that run by sealing a positive outcome.

The home form of DC United is different when compared to their overall display so far this season. They are unbeaten in three of the past 4 league fixtures at this venue. Two of them were positive outcomes with offensive side scoring two or more goals.

On the other side, Nashville SC is not having an impressive form on road. They are winless in three of the past 4 league fixtures on road. Two of them were negative displays.

Analyzing all the above stats, we are in favor of the home side to end up sealing a win considering the form of both in the respective patches.