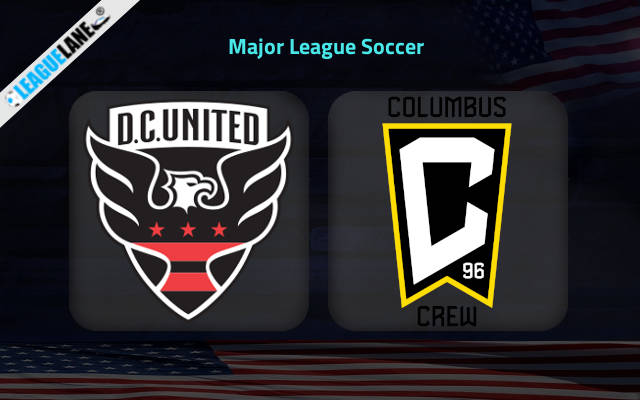 Matchday 20 of Major League Soccer will be starting this week as DC United play host to Columbus Crew. Both these sides are in the Eastern Conference and will be seen crossing swords at Audi Field, this Wednesday.

Columbus Crew is at the 8th spot with 25 points from 18 games. They won 6 times in the league while drew on 7 and lost on 5 other occasions. Things have not been going that well in front of goal for them recently, with the side failing to score in 2 of the last 5 games.

Columbus Crew will go into the game following a 2-3 MLS win against Chicago Fire in their previous outing. During their 6 latest matches, Caleb Porter’s men have netted 8 times therefore yielding them a goals scored per game average of 1.33.

On the other hand, DC United resides at the 13th position on the table with 17 points. Of the 17 matches played, they won 5 times in the league while drew on 2 and lost on 10 other occasions. They have one of the awful defensive lineup in the league, having conceded 37 goals so far.

The hosts will be looking for an improved result here after a dreadful 7-0 MLS defeat in their last game at the hands of Philadelphia Union. It has been all too rare in recent times where DC United have shown defensive steel. They have failed to prevent opponents from scoring in all of their previous 6 matches, leaking 20 goals along the way.

Columbus Crew has enjoyed playing away from home recently, with the side currently unbeaten in 4 games. They even managed to score more than twice against DC United in 4 straight matches in Major League Soccer.

Meanwhile, DC United lost thrice of their last 4 away games in MLS. They even conceded 18 goals from their last 5 league fixtures which even shows their fragile defense.

Knowing that, we expect Columbus Crew to seal a win against this Wednesday.