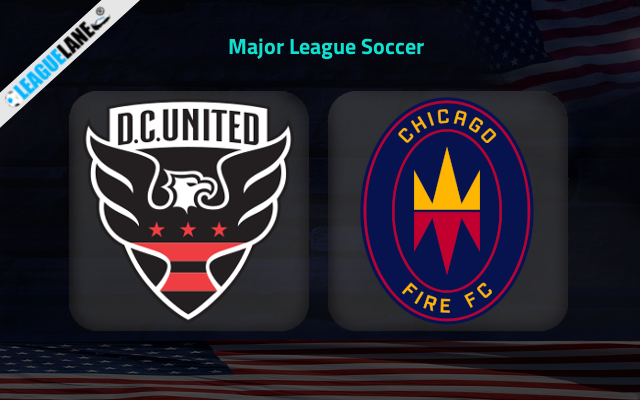 DC United have won both of their opening two fixtures this new MLS season. They won 0-1 against Cincinnati away from home and won 3-0 over Charlotte at home in their first two league fixtures.

They will be hoping to make it three subsequent winning games when they play host to the travelling Chicago Fire in their next MLS fixture at Audi Field on Sunday.

Chicago Fire have managed to stay unbeaten in the opening two league fixtures this season. Both of them were disappointing goalless draws against Orlando City and Inter Miami.

DC United have won four of their past 6 MLS fixtures. This includes the recordings of DC United from the past season. They have managed to score goals in five of those six outings.

Meanwhile, Chicago Fire are winless in four of their past 6 games. They have failed to score a goal in each of their past four MLS games. This includes the final two fixtures of the previous season and the opening two of this season.

By the looks of things, both these outfits will go after the three points. However, we see DC United on the winning side considering their form of late.

DC United have only lost twice at this venue since May 2021. They have shown their defensive steel in most of their past home fixtures. Their attacking side is also impressive.

Chicago Fire, on the other side, are winless at this venue since October 2021. They have failed to score a goal in each of their past three fixtures on road. On top of that, they have a disappointing h2h stats against DC United of late.

Therefore, we are left to back the home side to seal a win over this Chicago Fire outfit who will find it difficult to score themselves.