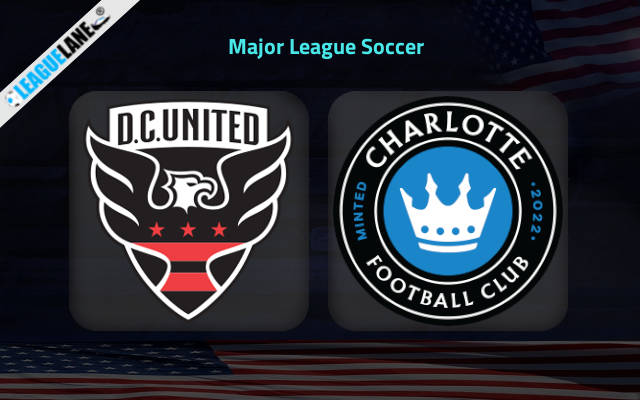 USA Major League Soccer’s 27th season is within a week, and with 28 teams and a incoming World Cup, soccer hopes to continue to penetrate the American sporting landscape.

They continue to spend big on incoming transfers of young and in their prime players, as well as becoming a selling league by moving talent across the globe.

Charlotte FC is the newest addition to this year’s MLS and became the 28th team in the league.

The new kids on the block and DC United had an adjustment under Hernan Losada last season. The two are set to set to face in Washington at Audi Field where Mint City will be visiting this Saturday night.

Charlotte FC were supposed to begin play in 2021 but had their MLS debut delayed by the COVID-19 pandemic. After years of preparation, they are finally ready to begin their Major League Soccer adventure. They have made a commitment by playing attacking soccer rather than a defensive style of approach.

They had a 1-2 loss over Inter Miami last week at the USA Carolina Challenge Cup which marked their second loss in the group. With only a point in hand, they are still to secure a win in the Cup action.

The Black and Reds made a sharp turn last year, replacing the long served coach Ben Olsen with the young, active, high-pressing Losada. On the pitch, there was a lot to like about DC United last season as they were among the most layered teams to watch in MLS as Losada got them pressing high and attacking quickly.

The pre-season friendlies were better for DC United as they never surrendered to as loss. They won against Los Angeles FC and Inter Miami while drawing to Los Angeles Galaxy and New York Red Bulls. Ultimately,it provided an in-tune flow with the Argentine’s tactics.

The visitor’s have a monumental task ahead of them like all other expansion teams. Their success this year won’t be measured by whether or not they make it to the Playoffs. We therefore feel that a home win is highly likely as they have a vast experience in the league than the newly arrived side.