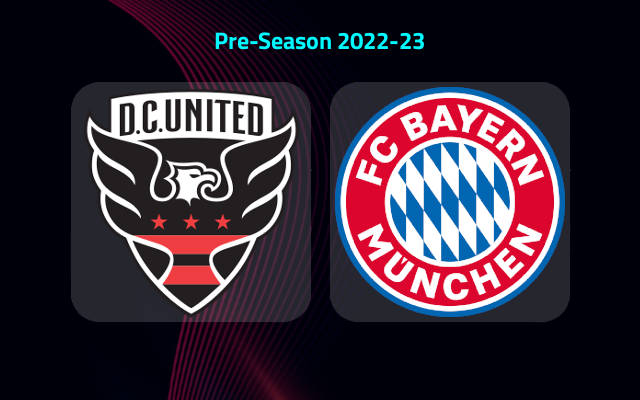 The Bavarians delivered their 10th straight league title at the end of the last season and it seems that they have no intention of stopping anytime soon. With some major additions to their squad they seem determined to keep this winning streak going on and they will be eager to take on one of the worst teams in the MLS, the DC United.

The German champions were just short of 3 goals from the magical number of 100 at the end of their league campaign the last season and all along they were defeated just 5 times.

As expected, they had scored the most number of goals of all the teams in the competition and they had let in the least as well.

Going on, the arrivals of star players like Sadio Mane, Mathijs De Ligt etcetera have seriously strengthened their squad and though they did lose striker Robert Lewandowski, it seems that manager Julian Nagelsmann will be able to keep the sharpness of their attack intact.

Meanwhile DC united have been the worst team in the Eastern Conference this season. They are placed bottom-most in the table and so far this campaign they have been able to register just 5 wins.

It also needs to be mentioned that they have been the worst team in the overall table and they have let in the most number of goals as well.

By the looks of things, it is expected that Bayern Munich will deliver a comfortable win this Thursday.

The Bavarians were unbeaten in 24 of their past 28 overall games and in the process they had gone on a 7-fixture winning streak. Do also note that they had scored 2 or more goals in 4 of their past 5 overall matches.

On the other hand, DC united were winless in 10 of their past 11 overall games and in the process they had lost 7 fixtures too. All along they have been letting in goals in huge numbers and they have been unable to take good advantage of their recent home appearances as well.

Taking into account these observations, anticipate a victory for Bayern Munich this Thursday. Do also expect goals to come in plenty.