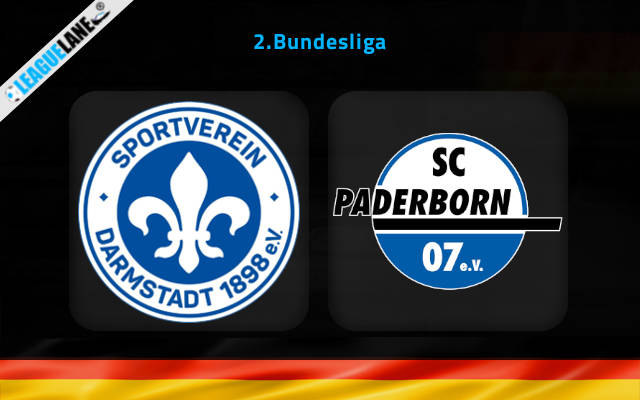 Even though Darmstadt has had a hiccup in their recent performance, their strong form since the start of the season has placed them as one of the top contenders of 2. Bundesliga. They still are up by one win than both their draws and losses of the entire season combined. Currently, the team is fourth on the league table with 57 points from their matches and is on a stalemate based on points with the third placed team.

Darmstadt played their last match against Fortuna Dusseldorf, in which Dusseldorf opened the scoring and maintained the lead until the end of the match. Darmstadt could score only one goal in the match, ending the match in a loss for Darmstadt with 2-1 FT score.

Paderborn has played well in their matches recently, resulting with the team moving up the table with each passing game. The team is unbeaten in the last six matches and has lost only once from the last ten matches. The team sits sixth on the league table with 51 points to their name.

Paderborn played their last match against Sandhausen, in which Paderborn scored two goals while opposition remained goalless. The match ended with 2-0 FT score.

Even though Paderborn seems to be in a hiccup, they can get back in for at any time. With only one match remaining, if they secure a win in the match, the team will have a chance of promotion to the Bundesliga. Paderborn, at the moment, has kept clean sheets in the last four consecutive matches.

Darmstadt has played well in their home matches recently. From the last five home matches, the team has got three wins, one draw and one loss. Paderborn has produced similar results in their away matches as well.

Paderborn seems to be on a high roll at the moment, making them the most likely choice to secure the win in the match. However, we can expect the match to go over 2.5 goals, with both teams contributing to the scoreboard. Paderborn has scored in both halves in most of the recent matches and can be expected to score so in this match as well.