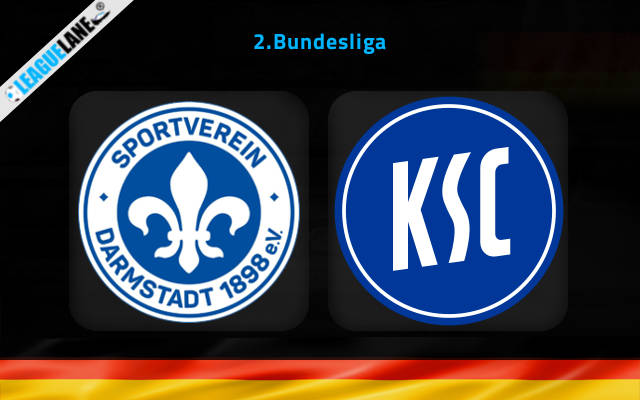 In game week 19 of 2. Bundesliga, Darmstadt faces Karlsruhe for their next match on Saturday at Darmstadt.

Darmstadt is in the 2nd position on the league table with 35 points from 18 matches. The matches in 2. Bundesliga is very competitive with each team on other’s tail. They played their last match against Jahn Regensburg. The match ended with 0-2 FT score in favour of Darmstadt.

The performance shown by the host has been excellent in their recent matches. In the last ten matches, they have scored all their matches and have earned eight wins in the matches as well.

In the beginning of the season, the team had a bit difficulty but they have now made up for it with continuous wins.

Darmstadt played well in their home ground and scored in seven of the matches and has six win from the matches as well. The team has scored more than two goals in half of their away matches too.

Karlsruhe is in the 10th position on the league table with 25 points from 18 matches. They had their last match in club friendly against Diosgyor, in which Karlsruhe won with 2-1 FT score.

The team has mixed results throughout the season. They have 6 wins, 7 draws and 5 losses from their league matches in this season. From their last ten matches, the team has scored in all the matches but could only win in three of the matches.

Karlsruhe’s performance in the away matches has not been their best. They have only two wins to show from the nine away matches even though they have scored in most of them. Currently, the team is on a 4-game cold streak.

Darmstadt has exhibited the better performance of the two teams. They have more chance in winning the game. The team also has an advantage of playing in their home ground where they have won almost all their matches.

Even though Karlsruhe has scored in most of their matches, they can’t seem to find a win in their away matches.

I believe the match is likely to end in a win for Darmstadt. Also, there is a high chance for both teams to score in the match.