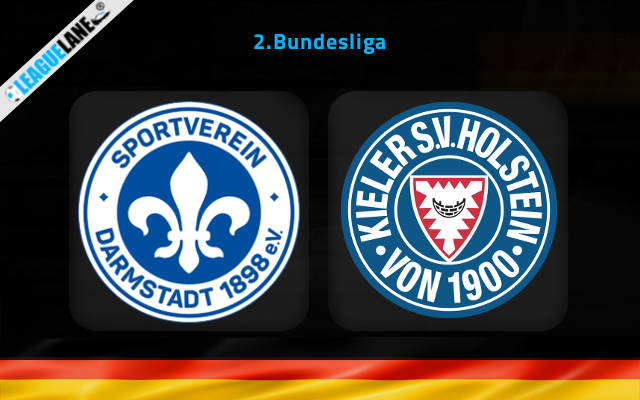 Holstein Kiel are making slow-paced progress this season. In their last three matches, they picked up two important victories. They will face league leaders Darmstadt at Merck-Stadion am Bollenfalltor on Matchday 13.

The host are arguably the best team in the league this season. Their result speaks for them as they have only lost once this campaign. They are in excellent form with a winning streak of four games in a row.

In their last league outing, they played against Karlsruher in a 2-1 victory. Phillip Tietz scored the winning goal with just two minutes remaining for the full-time whistle.

As of now, they are at the top of the table with a two point lead. Therefore, Torsten Lieberknecht’s side will give their 100% in this upcoming fixture as they will look to firmly secure their top spot.

The visitors have picked up good form ever since their 1-1 draw against Hansa. Now they are on a two-game winning streak. In their last league match, they defeated Heidenheim by 3-1. Steven Skrzybski notched a brace in that game.

Do note that their form is looking very unusual as they lost to a relegation team Arminia by 4-2 recently despite being in the top ten of the league. Moreover, the point difference between these two teams is eight ahead of this match.

You can back the following, out first tip for this game is that the Number of goals in the match will be between 2-3 – the odd for this tip will be at 2.10. This is after considering that in five of the last seven head-to-head matches, the number of goals were in the range of two-three goals.

Next tip for this game is that Both teams to score in the second half-the odd for this tip will be at 3.75. Against Karlsruher the host scored two goals after the 48th minute of the game. Similarly, Kiel scored six goals in their last two matches in which five were scored in the second half.