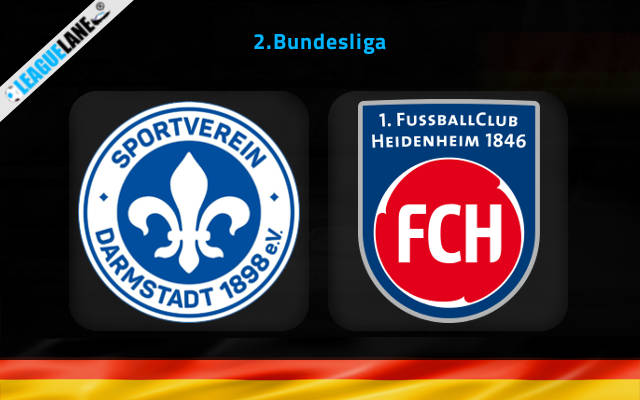 Darmstadt has lost more points in February than what they have managed to gain. As a result, they are now in danger of slipping out of one of the automatic promotion spots.

They managed to get away with all three points in their most recent fixture away from home against Dynamo Dresden, thanks to the 93rd minute winner by Honsak which served as the only goal of the match.

The win marked their second win in five league games, further managing a couple of points through a draw from those games, the club is now 2nd in the league, a point behind the league leaders.

Heidenheim have not taken enough points for a club challenging for promotion over the last few weeks, Even more concerningly for the team, most of those results came against teams in the lower half of the league table.

Relegation threatened Dynamo Dresden club managed to hold this team to a draw in their most recent fixture, as Heidenheim fought to a 1-1 draw at home. The result marked the club’s 3rd draw in five league games.

Further registering a win and a loss from those games, the club is now in the 7th position in the 2. Bundesliga, seven points behind their opponents for this week.

The hosts should just about be able to come away with the win considering they have lost just twice in their last ten home games, while their opponents have just a couple of wins in their last nine league fixtures on the road.