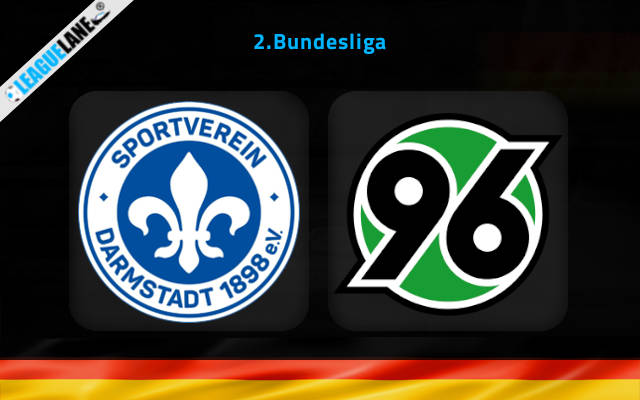 There is no denying that Darmstadt are one of the best teams in 2.Bundesliga this season. They will face Hannover at Merck-Stadion am Bollenfalltor on Matchday 15. Both teams are separated by five points ahead of this fixture.

The host remains at the top of the table with three wins in their last five matches. Most recently they had to settle for a 1-1 draw against FC St. Pauli.

Goalkeeper Marcel Schuhen performed well in that game, as he stopped six shots on target. This is the second consecutive time that the team had to settle for a draw.

It is interesting to note that both teams are unbeaten in their last three games respectively. Hannover celebrated a 1-0 victory against Karlsruher. It was Hendrik Weydandt who scored the only goal in that game.

This is the seventh victory of the season for Stefan Leitl and his men. In that game they did have an advantage as Karlsruher were down to ten men after the 62nd minute.

If Torsten Lieberknecht’s side manages to win this fixture, they will have a firm grip at the top of the table.

For the host the plan is not to lose any further points as they have lost four points in their last two games.

You can back the following as our prediction is that Darmstadt will win this game – the odd for this tip will be at 1.75. This is after considering that the host have won three of their last four meetings at Merck-Stadion am Bollenfalltor.

Moving on, our next tip for this game is that Over 2.5 goals will be scored with Both teams to score – the odd for this combined tip will be at 2.00. Since 2015, both teams have played nine times and in eight occasions both teams have scored. Also, the most recent match ended in a 2-2 draw.