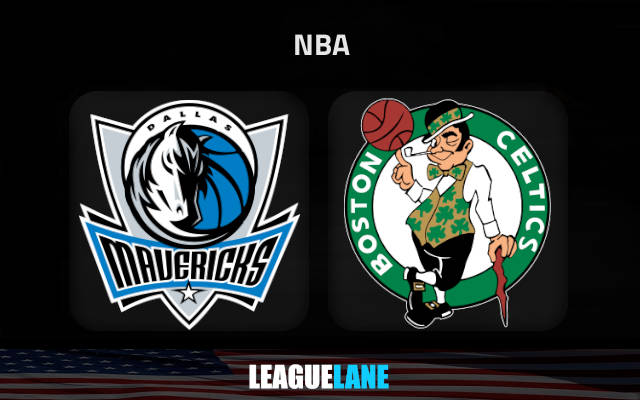 Boston Celtics will be looking to return to winning ways on Wednesday night when they host Dallas Mavericks at TD Garden.

Dallas Mavericks shockingly lost the home outing to Denver on Sunday night despite the fact the Nuggets were without the likes of Nikola Jokic, Jamal Murray, and Aaron Gordon on the occasion.

Jason Kidd’s men had a horrendous shooting evening, scoring only 97 points in what was by far their worst performance of the season on the home floor.

Luka Doncic shot 7-for-16 from the field, including 2-for-8 from the three-point line. Spencer Dinwiddie was 5-for-15 and 1-for-8 from downtown, Tim Hardaway Jr failed to get a single field goal in nine attempts, five of which were threes.

The Mavs are now third in Southwest with a 9-7 overall record. The problem for Kidd going into this game is that his team are 1-4 on travels this season.

Head coach Joe Mazzulla was not happy with his team’s display on either end of the floor. Both Tatum and Brown were below 50% from the field.

When you concede 121 points with such a shooting performance from your main stars, you can’t expect anything else but a double-digit defeat.

However, the Eastern Conference leaders are now back to TD Garden where they have been almost impeccable so far in the campaign.

The Celtics are 6-1 in their own living room this season and we see them as pretty big favorites here against the Mavs, especially after Dallas’ weak showing on Sunday against the Nuggets.

Boston are a force at TD Garden

Boston Celtics are 6-1 on the home floor this season. They sit atop the Eastern Conference standings with a 13-4 overall record and we will back them against Dallas who have lost all but one of five away games this term.

You can back the Celtics to win in -7.5 points at the -110 odds, while we also like the Over 223.5 points bet at the same odds knowing both teams have done well offensively so far in the season.