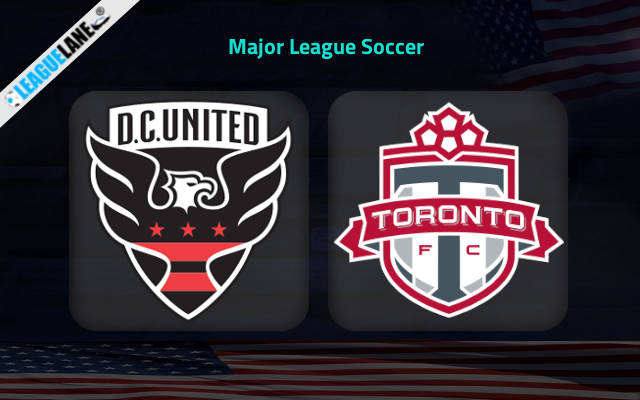 The eastern conference team, D.C. United, has been inconsistent with their winnings in the match. From the ten matches played, the team has got four wins, one draw and five losses. Their performance has placed the team as the eighth on the league table with 13 points from their matches. However, at the moment, the team is unbeaten in the last two matches.

D. C United played their last match against Inter Miami. Both teams scored two goals each, ending the match in a draw with 2-2 FT score.

Toronto seems to have some trouble with their form in the recent matches. The team had played well in their matches at the start. However, their form dropped, leading to a five-game loss streak for Toronto. The eastern conference team moved down their table to the twelfth position, with 11 points from their matches. Toronto has also failed to score consecutively in the last three matches.

Toronto FC played their last match against Orlando City. Orlando scored the only goal in the match in the 90’ minute, making it impossible for Orlando to score an equalizer. The match ended with 0-1 FT score.

D.C United seems to be the better team of the two and has more chance of securing a win than Toronto. Toronto’s failure to score in the matches may continue into this match as well. So, we can expect the match to end with a clean sheet for D.C united.