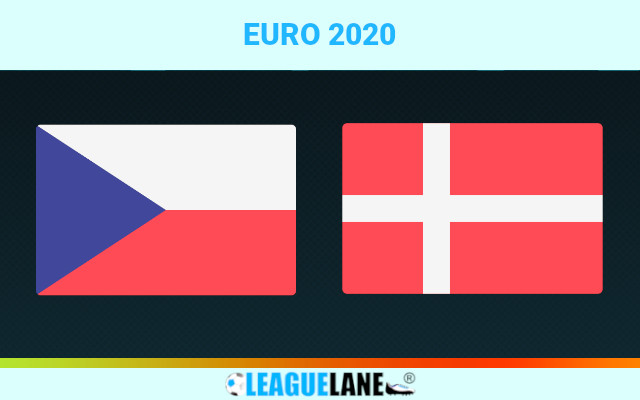 Both these teams were not crowd-pullers or tournament favorites a month back, and people did not expect much from them. But now, one of these two will be in the semis of the Euros.

Czech Republic got a lucky break the last match-day, as Mathijs De Ligt was sent off for Netherlands in the Round of 16. Scores were tied at 0-0 till then, but after that the Dutch conceded two unanswered goals.

Meanwhile, the Danes are determined to make this campaign memorable for their injured talisman Christian Eriksen. Though it was feared the offense of the squad would be in jeopardy after the exit of the playmaker, nothing of that sorts happened.

In fact, of the teams remaining in the competition, they are the only ones to have posted 6+ shots on target in every game they played so far.

The 25-year old Patrick Schick have slotted in four goals till now, and he genuinely has a shot at winning the Euro Golden Boot. Only the eliminated Cristiano Ronaldo stand in front of him with five goals.

Gaffer Jaroslav Silhavy will definitely place his hopes on this young striker up front, and will expect midfielders Tomas Soucek, and Tomas Holes to adequately complement him.

Captain Simon Kajer was substituted in the Round of 16 due to an injury, and though it looked a bit concerning, gaffer Kasper Hjulmand has assured that the player will be back in action this weekend.

The duo of in-form Kasper Dolberg, and Martin Braithwaite will be once again trusted at the front to slot in goals.

Czech Republic had scored two or more goals in three of their last five overall fixtures, and their sole defeat in the tournament had come against the talent-overloaded England.
They also have a Golden Boot contender in Patrick Schick, who has been nigh unstoppable lately.

Meanwhile, Hjuland’s men had scored four or more goals in their last two games, and since 2018, they have lost just against Belgium, and Finland. The defeat against the Finns had come in the fixture in which Christian Eriksen collapsed on the pitch.

They too have a consistent goal-scoring threat in Kasper Dolberg, and the team also have the better h2h record over the years.

By the looks of things, it’s understood that nothing much separates these two, and with a spot in the semis at stake this Saturday, expect a nail-biter.

The expectation is that goals will come in huge numbers this weekend at the Baku Olympic Stadium.