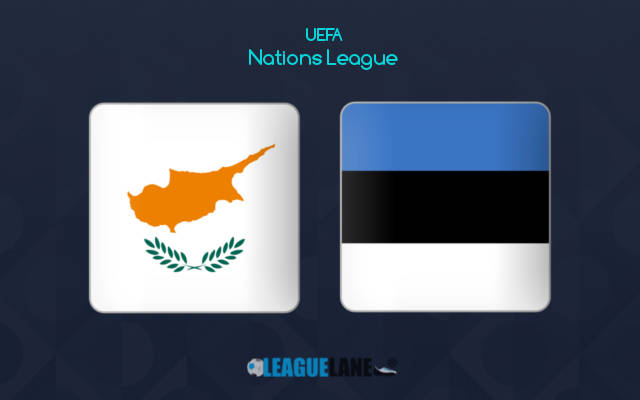 Both these teams have had campaigns to forget in the recent past, and now they stare at a possibility of being relegated to the bottom-most tier in the Nations League. The squads are on long winless streaks, and have struggled to consistently find the back of the net in the past several months.

Cyprus were part of Group C1 in League C of the UNL, and they finished dead last in the table. They could manage a single win all through the competition, and had scored the least number of goals in the group.

They were also eliminated from World Cup Qualifiers conducted by UEFA, and they had finished second to last in their group this time around. Once again they had scored the least number of goals in the group, and had won just once.

Meanwhile, the Estonians were part of Group C2 in League C of the UNL. They remained winless throughout the stretch of the competition, and similar to their counterparts for the day, they had scored the least number of goals in their group as well.

Note that they had finished second to last in their World Cup Qualifiers, with a single win. And thus will not be taking part in the world championship in Qatar.

Both these teams have shown a clear inability to score goals, and this was seen in the first leg as well – which ended in a goalless draw.

Expect a similar fixture this Tuesday as well.

Cyprus had failed to score in 11 of their past 14 overall fixtures, and they have a total of just two wins from their past 24 games.

On the other hand, the Estonians have scored a total of one goal from their last four overall matches, and they have won just twice on the road in the past three-year period.

On top of that, majority of recent h2h meetings between the two had goals in very few numbers as well.

Taking into account these observations, expect another low-scoring affair this Tuesday between these two struggling offenses.

Tips for Cyprus vs Estonia