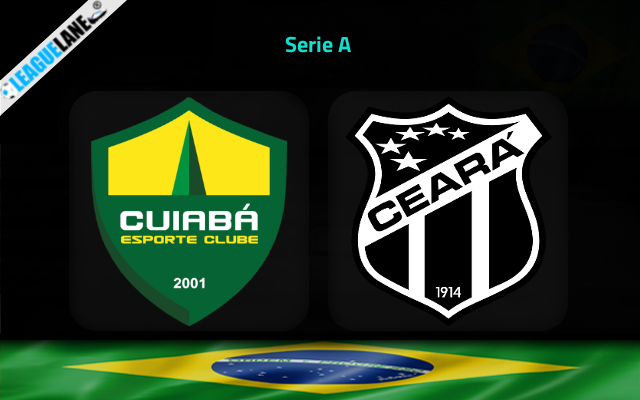 Cuiaba possesses a disappointing winless form this season. Their inconsistency and a disappointing defensive line-up have pushed them down to occupy the 18th spot of the table, which is inside the relegation spot. They will be hoping for a better display

Cuiaba recorded a 1-1 draw at home against Bragantino in their most recent league fixture. With that draw, they manages to remain unbeaten in a couple of league fixtures. However, they still follows an inconsistency with recording a negative outcome in frequent intervals.

Ceara recorded a 1-1 draw on road against Goias in their most recent league fixture. With that draw, they are now following a streak of seven subsequent unbeaten games in the league. They will be hoping to extend it by sealing positive outcomes from upcoming outings.

The inconsistent winless form of Cuiaba at home is displeasing. They are winless in four of the past 5 home league outings. Their offensive and defensive side also looks weak.

On the other side, Ceara is having an unbeaten form on road at present. They have won two and drew three of their past five on road league outings this season. Their offensive and defensive line-up looks decent enough too.

On top of that, Ceara possesses an unbeaten streak against Cuiaba in the history of this match-up. Therefore, we back Ceara to seal a win from this Serie A fixture against the hosting Cuiaba scheduled on Saturday.