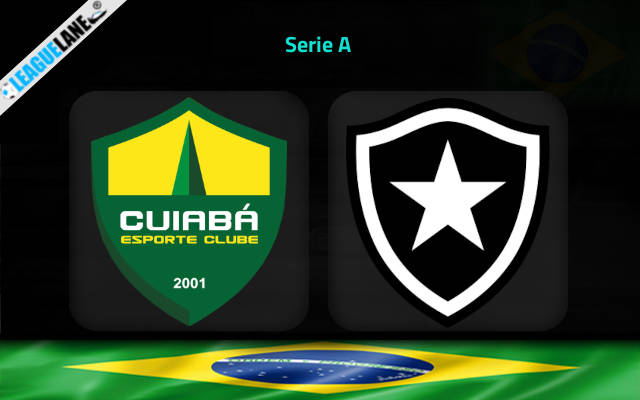 Both these teams are letting in goals in huge numbers and each passing match-day they are inviting more and more pressure upon themselves.

It goes without saying that the pair will be desperate to post some much-needed points on the board and this Sunday, they will consider each other the perfect opponent to register a win against.

Botafogo had lost most of the recent fixtures and if they keep this trend going on it seems that they will be pushed even downwards from the current position they are occupying in the mid table.

Meanwhile Cuiaba are placed in the bottom-most tier of the table. They are already in the clutches of the relegation zone, and have managed to win just 4 times all through the campaign.

Note that they have also been struggling at home right from the start of the season.

By the looks of all these things expect a high-scoring affair between the two squads this weekend.

Cuiaba were winless in 17 of their past 21 overall fixtures and in the process, they had gone on separate 3-game and 4-fixture losing streaks. Do also note that they have won just once at this venue in their past 10 appearances.

On the other hand, their counterparts Botafogo had lost 6 of their last 9 overall matches, and they had let in two or more goals in 4 of their previous 8 fixtures.

Taking into account these observations, expect a high-scoring affair this Sunday between the two teams.

Tips for Cuiaba vs Botafogo