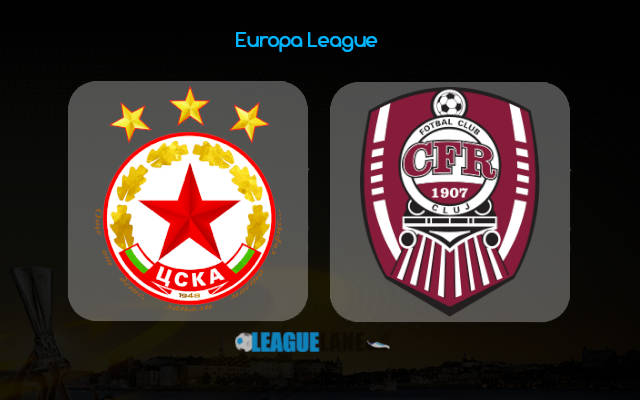 CSKA Sofia will start their Europa League Group stage fixtures with a clash against the Romanian club in the mix.

The host is on a four-game winning streak in the EL clashes this season, following a 1-3 win on the road against Basel in the previous EL encounter in the schedule.

Besides, the Reds will be on the back of a 1-1 draw at home against Beroe in the Bulgarian Parva Liga.

In the meantime, CFR Cluj offers a descent from the Champions League qualifiers earlier and dropping into the Europa League fixtures.

The Railwaymen have won both the matches in the EL records this season, including a 3-1 win at home against KuPS in the previous tournament clash.

They will visit on the back of a 2-1 win at home against the likes of Botosani in the Romanian Liga 1.

The Bulgarians will be high on confidence when facing the Romanian side. Their ground advantage gives them a slight edge over the Railwaymen in the match.

Besides, CFR Cluj plays on the behalf of dropping out of the CL qualifiers. Still, it has to be noted that the away side made a double win in the EL qualifiers to confirm a berth in the group stage.

The host has only one loss in their last ten fixtures across all major contests in the schedule. Meanwhile, Cluj has an unbeaten record of ten clashes in their overall form.

Seeing that both teams are in a similar form in the middle, the punters will be interested to take their chances over a draw in the game. Hence, the double chance favoring CSKA Sofia will probably be the best bet for the punters in the encounter.