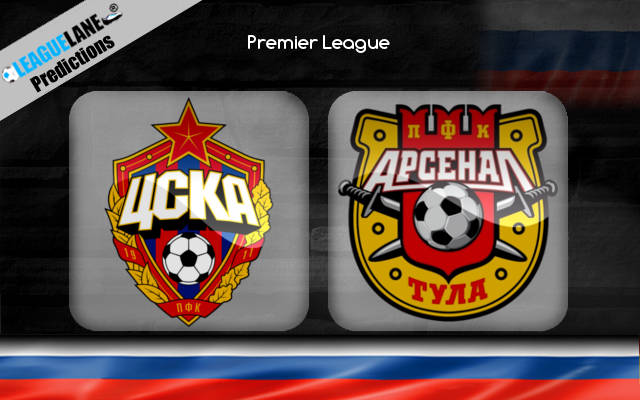 CSKA Moscow has been moving within the top four spots in the league this season. They are now in third place with 22 points from their 11 clashes so far this term (7W, 1D, 3L).

Arsenal Tula has dropped to the 11th position in the table from their 8th spot last season. The visitor has picked up 12 points from their 11 fixtures in the campaign (3W, 3D, 5L).

CSKA Moscow has lost only one of their recent five clashes in the campaign. And at home, they have lost only two of the five matches until now.

The Horses are on a two-game winning streak, following a 3-1 win at home against Dynamo Moscow in the previous league clash. Besides, Viktor Goncharenko’s men have lost only once at home against Tula in their h2h meetings since 2014.

Arsenal Tula has won none of their last seven outings across all major competitions in the schedule. They will visit on the back of two unbeaten games in a row, including a 1-0 win at home against Ural last time out in the schedule.

Hence, the host is likely to create more opportunities in the game with their ground advantage and league performance this term. The home win in full-time will thus probably be the best bet for the punters in the encounter.