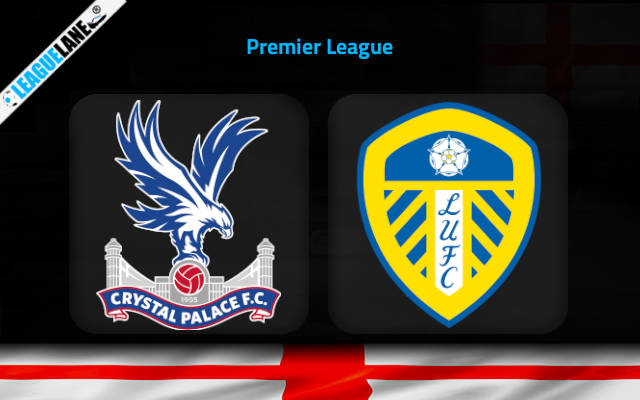 Both Leeds and Crystal Palace are going through rather poor stretches of performances at the moment, and are letting in goals in huge numbers. They are struggling to stay at least in the mid-table, and as such are under intense pressure.

Palace are placed 17th in a table of 20 at the moment, and won just once till now. They are currently on a four-game winless run in the competition, and all along they let in goals in plenty.

They are level on points with the 18th placed Wolves, who are in the relegation zone. In fact, the dead-last placed Nottingham trail by just two points below them.

Going on, their sole win in the current edition of the PL came against the struggling Aston Villa, and they are also finding it hard to deliver good performances at home for some time.

Meanwhile, Leeds are also on a four-fixture winless run in the PL, and they managed to deliver just two wins so far. They also have a 100% winless record on the road, and barring a single draw, it becomes a 100% losing record.

By the looks of things, expect a high-scoring affair this weekend at the Selhurst Park.

Palace are on a four-game winless run, and in the process they let in two or more goals in two of these match-ups.

Going on, they also failed to keep clean sheets in their past nine appearances at home.

On the other hand, Leeds failed to keep clean sheets in 15 of their past 18 overall matches, and they also went on a three-fixture losing streak in the process.

Note that their latest road trip ended in a 5-2 loss against the recently-promoted Brentford as well.

Both teams seem to be struggling with their defense, and with either desperate to post three points on the board, it is expected that we are about to witness a fierce encounter. Anticipate goals to come from both ends of the pitch.

Tips for Crystal Palace vs Leeds