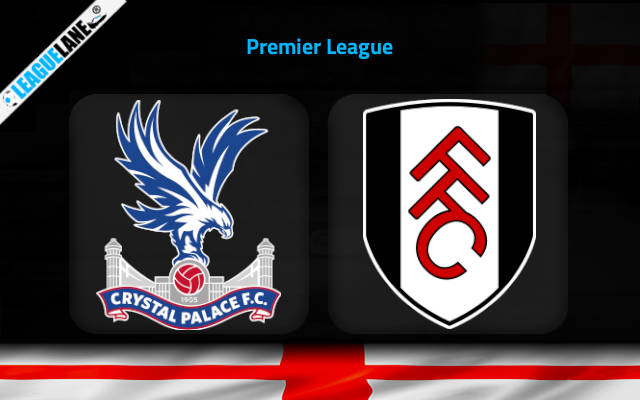 Crystal Palace vs Fulham Predictions and Free Tips from our expert tipsters when they go head-to-head in the English Premier League on Monday, 26 December 2022.

The Seagulls will be looking to build up on a three match winning run at home when they resume their Premier League campaign at the Selhurst Park on Monday.

The team managed by Patrick Viera has been pretty solid while playing in front of their own fans and Arsenal and Chelsea are the only teams that returned from this ground with three points this season.

Fulham are level on 19 points with Palace and they look good to avoid immediate relegation after suffering the fate in 2020/21 and 2018/19 seasons, thanks to an adventurous start to the campaign.

However, Marco Silva’s men started to squander points lately and managed to win only 2 of their last 8 league games. On Monday, they will be looking to overturn a three match winless streak.

Who will win the match between Crystal Palace and Fulham?

This is a good chance for Crystal Palace to defeat Fulham on Monday with Patrick Viera losing just 2 players for the World Cup. The Seagulls had a busy December playing as many as four friendlies and closed it with a 2-1 win against Spanish La Liga outfit Real Valladolid.

There is a high chance for this match between Crystal Palace and Fulham to see over 2.5 goals. The Cottagers have been involved in high scoring affairs throughout this season and 12 of their last 13 Premier League games registered 3 or more goals. At the same time, Crystal Palace saw the same in four of their last six home games.

We will take the home win priced at 2.05 as the top bet for this English Premier League fixture. The Seagull’s strong home form combined with the visitors’ inconsistent away run is the main reason for our prediction.

Goals are also expected in plenty and therefore both teams to score and over 2.5 goals is highly probable at the Selhurst Park.