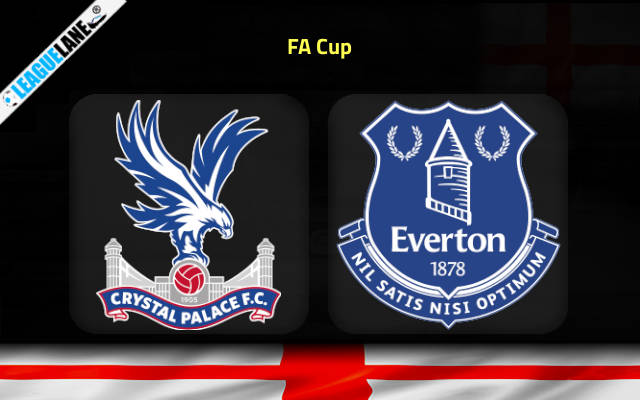 Everton just might not be fully invested in progressing deeper in the FA Cup, as their stay in the English top flight is under danger. With the season having entered its final stretch, the team sits 17th in a table of 20, hanging by a thread over the relegation cut-off.

They desperately need to avoid getting the boot, and all of their energy will be concentrated towards that objective in the coming game weeks.

And this is a chance that Crystal Palace could make good use of. They are comfortably placed in the mid-table of the PL. Neither are they under the threat of relegation, nor are they in contention for a European spot.

As such, they could play without much pressure, and this upcoming encounter is an opportunity for them to progress to the final four of the competition – which would be a huge achievement for the team.

As things stand, expect Crystal Palace to have the edge.

Palace are high on confidence after holding English champions Manchester City to 0-0 draw the last match-day at home. They are also on a five-game unbeaten run, and they had also remained invincible in 10 of their past 12 fixtures.

They have also lost just four times at home this whole season.

On the other hand, Everton lost seven of their past eleven overall games, and they are on a four-match losing streak on the road. Also note that they had lost 10 of their previous 13 road trips.

Taking into account these observations, count on Palace to grind out a win this Saturday at their home.

Tips for Crystal Palace vs Everton