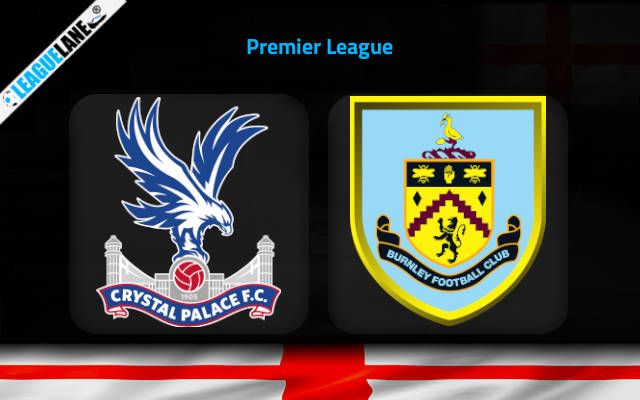 Crystal Palace are one of the few teams in the entire competition to have remained winless in the past five fixtures. They are letting in goals in huge numbers, and the rate is a bit alarming when it comes to home games.

Meanwhile, Burnley have been one of the absolute worst teams in the whole English top flight right from the start of the season. They are placed 19th in a table of 20, and they have managed to win just twice all through the campaign.

They have also been on a worrying run on the road all through 2021-22 – and have let in goals quite in plenty in the process.

And to top this all off, the two squads have let in goals in huge numbers in past h2h meetings.

By the looks of things, anticipate a high-scoring match-up this weekend at the Selhurst Park.

Palace lost 0-1 at home the last match-day, against Chelsea. They have won just twice in 2022 so far – and both wins had come in the FA Cup, against teams from lower divisions.

Going on, they have failed to keep clean sheets in nine of their past twelve home appearances, and they had also conceded three or more goals in two of their past four home games.

On the other hand, Burnley did win 0-3 on the road the past game week, against Brighton. However, they were on a long winless run before that – stretching back to the end of October.

It also needs to be noted that they have won just once on the road since May of 2021.

Considering all these observations, and past h2h scorelines, expect goal-fest this Saturday between the two teams.

Tips for Crystal Palace vs Burnley