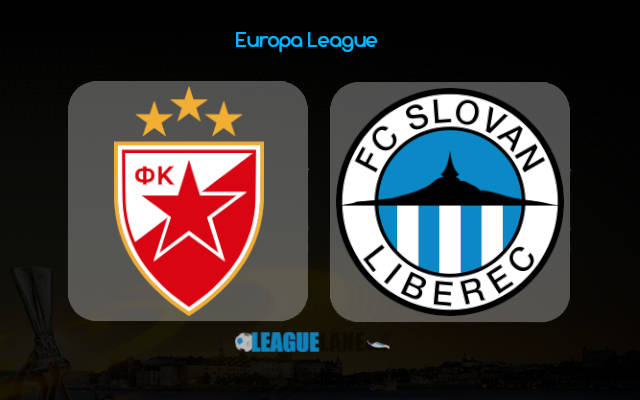 Crvena Zvezda will enter the EL fixture with a three-game winless streak across major competitions in their schedule. They have scored no goals in the past two clashes and will host on the back of a goalless draw at home against Javor in the Serbian Super Liga.

Liberec has pulled off a decent form lately, with three consecutive wins in their schedule, including two EL fixtures in it. They have kept a clean sheet in all the recent three wins. The Blue Whites will visit on the back of a 1-0 win at home against Gent in the previous EL encounter in the schedule.

Crvena Zvezda is unbeaten at home in 16 straight fixtures in the schedule from all competitions, winning in 12 of them despite a -1 handicap, showing that the host has use of their ground advantage.

It has to be noted that they have netted the opener in 12 of those matches. Along with that, Red Star hasn’t conceded before half-time in eight straight UEL home matches in their schedule.

From these stats, we can expect the home team to have a lead in one half in ninety minutes. So, the tip for Crvena Zvezda to win either half of the match is probably the best bet for the punters.

However, we cannot back the Red Star to extend their lead until the final whistle. The host is on the back of a winless streak in the schedule. Besides, Liberec will come in hot with a 3-game winning run.

The Blue-Whites have lost just three of ten UEL away games in the competition. With this decent form on the road, Slovan has a good chance of taking something from the encounter.

Hence, the double chance favoring Slovan Liberec will probably be a suitable option for the punters.