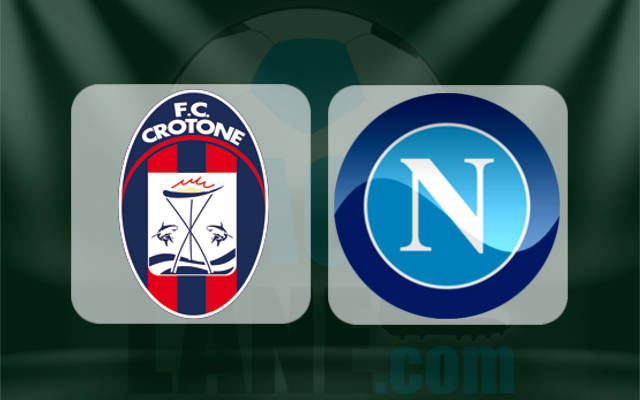 Will a heart-breaking reversal be the impetus for Crotone to pull off what would be a shock win?

Last round, the Squali, who are featuring in Serie A for the first time in their entire history, were painfully close to reaching a milestone. Unfortunately, Sassuolo – who themselves only made their top-flight debut in 2013 – dashed their hopes by managing to overturn a 1-0 deficit into a 2-1 win. As, such, they remain firmly rooted at the bottom of the table with just one solitary point from their first eight games.

Next up for them will be Napoli. The Partenopei have been going through their own slump, to say the least. A 1-0 surprise loss to Atalanta was followed by a 3-1 thrashing at their own home ground – which had been a fortress – by title rivals Roma. That, coupled with AC Milan’s victory over Chievo, sees Maurizio Sarri’s men slip down into fourth.

And their fortunes have not improved in Europe, either. Napoli simply needed to win against Turkish side Besiktas and hope that Benfica did not beat Ukrainian outfit Dynamo Kiev to make history as the first team to qualify for the round of 16 after just three games.

Many had worried that the injury to key man Arkadiusz Milik would impact the squad, and unfortunately it appears it indeed has. The Partenopei lost 3-2 to Besiktas, whilst Benfica managed to win their game, so they now will have to work a bit harder in order to secure their spot in the knock-out rounds on matchday four. A three match losing streak is not where they want to find themselves and they will be desperate to make amends as they travel to take on the worst-performing side in the division.

Zero wins from eight games. And they are taking on a Napoli side smarting after losing their past three matches across all competitions. This will also mark their first top-flight game at the Stadio Ezio Sciada. The last team to have picked up just one point from eight games was Reggiana over two decades ago. So, it goes without saying that it will be a serious case of damage control for Crotone here, who will want to above being thoroughly embarrassed in front of their home fans.

Napoli, meanwhile, are under increasing pressure. Maurizio Sarri’s men have failed to score in their past two road games, which, given their prolific attack is eyebrow-raising to say the least. This will be their first meeting in Serie A, but in Serie B, Napoli and Crotone have squared off four times, with the Partenopei winning two, drawing one, and losing one. Expect Napoli to rebound with a fairly straightforward win here. But given their leaky back-line as of late, Crotone just may be able to nip a goal to mark their first game at their own stadium.