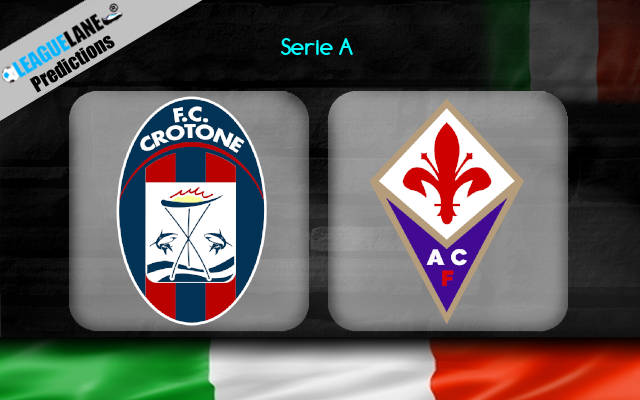 Crotone will try and finish the underwhelming campaign with the victory at the farewell from the Serie A football on Saturday evening when they host Fiorentina at Stadio Ezio Scida.

Crotone have lost the elite class status a while ago, but it did not prevent them from playing solid football in the last couple of weeks.

The team led by Serse Cosmi took four out of possible six points from the last two clashes against Hellas Verona (a 2-1 win) and Benevento (a 1-1 draw).

They showed a fantastic spirit to come from behind and rescue a point with ten men on the pitch on Sunday afternoon away at Benevento who desperately needed victory to stay in contention for avoiding the drop to Serie B football.

It was the team’s top scorer Simeon Nwankwo who bagged the 93rd-minute equalizer last weekend. If anyone is to hurt Fiorentina’s defense on Saturday, it is this phenomenal Nigerian forward who has as many as 20 goals to his name in this term of Serie A.

However, Fiorentina have a predator in the final third of their own in the like of Dusan Vlahovic who notched 21 goals so far in the season.

The Serbian forward will no doubts fancy his chances of adding to such an impressive tally on Saturday against the worst defense in the competition.

Fiorentina fell to the 13th place in the league standings after failing to find the back of the net in the last two games against Cagliari (a 0-0 draw) and Napoli (a 0-2 loss). They can end the season as high as 11th, but also as low as 16th.

The overall impression would be very much different in these two scenarios and a win over the already-relegated Benevento side can make that distinction. The quality is on Fiorentina’s side and we will go with the away win pick at the odds of 1.90.