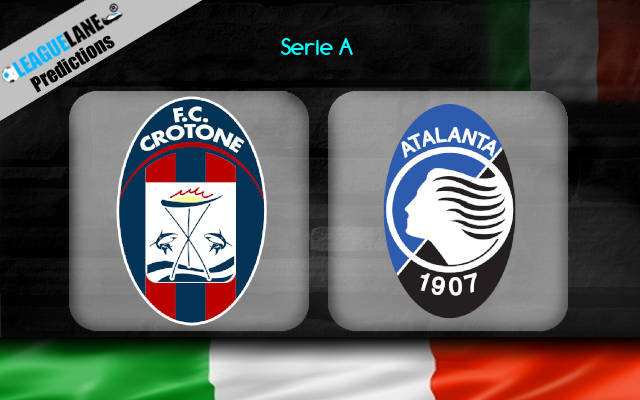 After some intense mid-week action in UEFA Champions League against Ajax, team Atalanta are returning to their domestic obligations on Saturday.

The La Dea will pay a visit to Ezio Scida Stadium to face newcomers to the elite squad Crotone.

Hosts of this match are not looking well in terms of standings, but 1-1 draw against Juventus at this stadium was surely slight encouragement for upcoming duels.

Interestingly, that was the only point they collected so far, so low 1.40 odds on Atalanta to win this clash shouldn’t be a surprise to anyone.

Home manager Giovanni Stroppa is surely having a headache caused by awful defending. His squad conceded 15 goals in five games so far, which is league’s highest number. It seems like the transfer window was not used in a good way by this club, as roster from last season’s hasn’t changed much.

After a furious start, Atalanta were stopped a little bit this month. Gian Pierro Gasperini’s team is currently sitting in sixth place with nine points, four behind the leader AC Milan. They suffered surprising 1-3 home loss last weekend to Sampdoria, so this is a good chance to bounce back. We will back La Dea to win the match but also concede at least one goal.