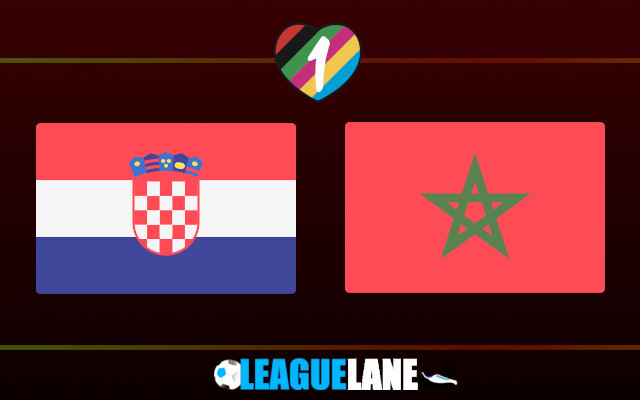 Croatia will conclude another fairytale World Cup campaign with the clash against old foes Morocco in the battle for the podium finish on Saturday afternoon at Khalifa International Stadium.

“Vatreni” made it to their second successive semifinal at the World Cups which is an extraordinary achievement for this small country with the population of just over 4 million.

This will likely be the last World Cup game for some of the team’s biggest stars such as Luka Modric and Ivan Perisic and there are no doubts they will be highly motivated to earn a victorious farewell in Qatar.

Croatia have won only one match since the beginning of the tournament, the second round’s 4-1 comeback thumping of Canada in the group phase.

They did not really offer much offensively in the remaining five outings, especially in the tough semifinal loss to Argentina (0-3) on Tuesday night.

Head coach Zlatko Dalic will face a big challenge to lift his team against a very motivated Morocco side in this third-place playoffs tie, but if anyone can do it, it is this man.

We also have to mention that “Vatreni” will likely be without the two full-backs Borna Sosa and Josip Juranovic who have reportedly missed the last training.

Morocco have already written history by becoming the first African side to ever reach the World Cup semifinal.

France were too strong for them on Wednesday night although we must give words of praise for the effort the Atlas Lions have shown on Wednesday evening.

Morocco have relied heavily on their stern defensive line throughout the whole tournament.

The African had shipped only one goal before the semifinal loss to France (0-2). This includes the goalless draw against Croatia on the opening day of the competition.

Head coach Walid Regragui is less likely to rotate his squad for this game because this is an ultimate opportunity for his country to be the third on the planet. The Croats have already been third in 1998 and second in 2018.

Nevertheless, the physical condition of key defenders is questionable as the appearance of Romain Saiss, Naif Aguerd, and Noussair Mazraoui will be a game-day decision for the Moroccan manager.

The third-place playoffs are meaningless for most teams more often than not. This clash will be an exception because we don’t have the clash between two titans in the world of football. Both outfits will be extremely motivated to get the win here which is why we expect another intense battle and very few goal-scoring chances at both ends.

It is very hard to give advantage to either team here. This is why we will chase the value and back Croatia to win on penalties at the 11.00 odds. Dominik Livakovic has been sensational in the penalty sessions against both Japan and Brazil in the knockout phase and we expect him to make the difference on Saturday afternoon as well.