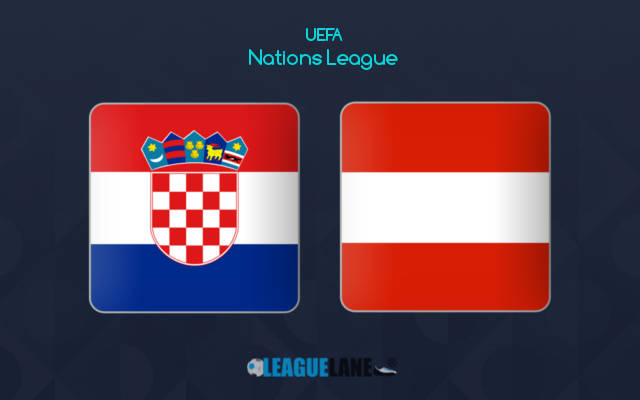 Croatia is on top form in their matches recently. They are unbeaten in the last nine matches in which five of the matches ended with clean sheets for them. Looking at their last ten matches, the team has got six wins, three draws and one loss. In their Nations League match last season, the team had finished in the third position in their group. They will hope for a better result in this season’s matches.

Croatia added yet another win to their tally after their last match against Bulgaria. Even though Bulgaria had opened the scoring in the match, the team couldn’t keep the lead for long. Croatia scored two goals from behind, ending the match with 2-1 FT score.

Austria has achieved mixed results in their recent matches. From the last ten matches, the team has got four wins, one draw and five losses. The team seems to have some problems with keeping their form constant, resulting in the team getting cold streaks in the matches.

Austria played their last match against Scotland. Both teams scored two goals each, ending the match in a draw with 2-2 FT score.

With the current form, Croatia shows, Austria will have a tough time when they play against Croatia in the upcoming match. The host is unbeaten in the last nine matches while Austria has played with an inconsistency recently.

Looking at the records, we can expect the match to end in a win for Croatia. Croatia’s scoring mentality makes them a deadly team. We can expect them to score over 1.5 goals in this match.