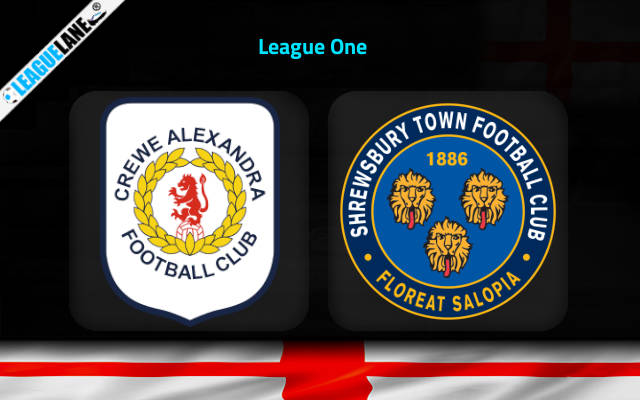 On first look, it might appear that Crewe has lost a considerable amount of games in recent fixtures. However, the club has managed half of their points in the previous seven league fixtures.

Shrewsbury meanwhile are in excellent form recently and have managed a third of their total points this season from their previous four league fixtures.

The Railwaymen were last seen in a 4-1 loss away from home against Burton Albion. This marked the club’s 3rd loss within the space of five fixtures.

The club having managed a couple of wins from those fixtures have managed to climb up to the 23rd position in League One. The club however, is seven points away from escaping the relegation zone.

The Shrews in their most recent league fixture defeated 9th place team Sheffield Wednesday by a score line 1-0 at home. Matt Pennington scored the only goal of the fixture.

This was the club’s 3rd win in four league matches. Also managing to secure a draw in that period the club is now 15th in the league table, nine points clear of their opponents.

The Blues have lost three of their previous four league fixtures on the road. Whereas their opponents have lost just once at home in that period, managing to add seven points.

Furthermore, the club has lost just once against teams outside the top half of the table this season at home. Considering these observations, I have backed a double chance in favour of the hosts.