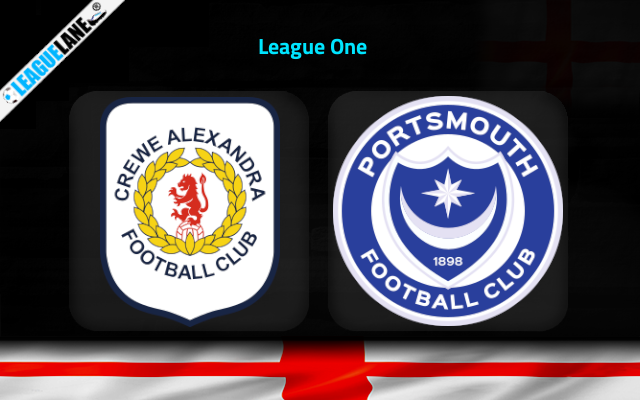 Portsmouth are having an excellent run in the league of late. They have improved a lot and that is evident from their recent form. They have managed to collect 13 points from the past 5 league fixtures to add up to a total of 51 points on the table. They are currently 8 points away from the safe zone.

Portsmouth won their most recent league fixture against Oxford United at home. They scored 3 goals while leaking two from the opposition. However, with that win, they have managed to wove a thread of five subsequent unbeaten games in the league and will have highest of spirits to enter the next fixture.

Meanwhile, Crewe remains at the bottom of the table with 25 points. They are undoubtedly the worst team of this season. They have seldom won at all so far and possess a weak attacking and defensive lineups. There is nothing impressive from them so far this season.

Crewe have managed to record a win in their previous league fixture against Cheltenham away from home. Before recording the above positive result, they were following 7 straight defeats in the league. With such a from in effect, we can’t expect anything from them in the coming fixture except a defeat which is consistently recorded.

Portsmouth have an impressive form in the league at present. On the other side, Crewe are on the back two subsequent league defeats at home. They have been also leaking goals at a good rate.

On top of that, Portsmouth posses a strong head to head stats against Crewe in the recent history.

Analyzing all the above stats, we expect a pleasant day for the traveling supporters of Portsmouth when they trips to Alexandra Stadium on Tuesday to meet the hosts Crewe in this League One fixture.