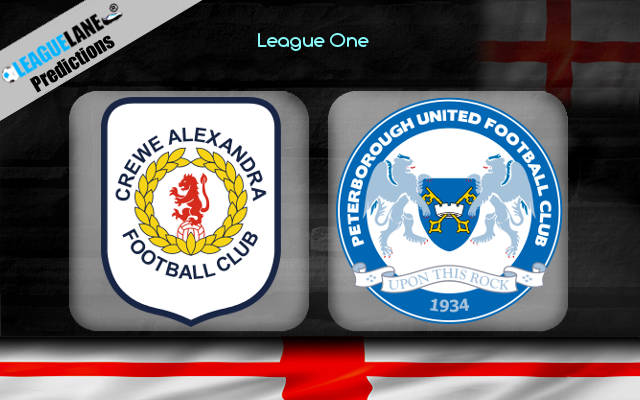 Coming into the game with three consecutive losses on the back will not be an ideal form for Crewe Alexandra in the campaign. David Artell will try to pick up his team from the back-to-back defeats once again at home after the 0-1 loss to Gillingham in the last league clash in the schedule.

Having lost only two of their 11 league matches so far this term, Peterborough is leading the table with 25 points and an unbeaten streak in their form. They will visit on the back of a 0-2 win on the road against Bristol Rovers last time out in the campaign.

Four losses within the recent five clashes ought to create problems for Crewe in the league as they get ready to host the table-leaders. The host has been winless in the past four home matches with three losses in the recent three attempts. Besides, the Alex has only one win from their five h2h meetings with the visitor at this venue since 2003.

There is no doubt that the away team has a clear upper hand in the game. Peterborough is 15 points ahead of the host in the table with an unbeaten streak for the past eight fixtures in the campaign. Besides, the Posh has been unbeaten in the last six outings across all major competitions in their schedule. Hence, the away win in full-time will probably be an ideal choice in the encounter.

The tip for Peterborough to win either half in ninety minutes will probably be the best bet for the punters regarding their form in the campaign so far this season.