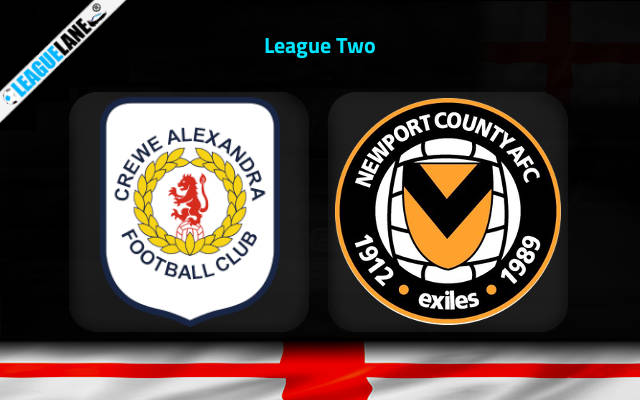 Neither team has any good stats to speak of since the beginning of this season. The current 15th Crewe and 18th Newport, have been in inconsistent form so far.

Crewe seems to have a better stats when compared with Newport. Because they have lost only five games so far. The main problem they face is recording draws consistently. Lack of a strong defense could be the main reason for this problem.

Their attacking side looks decent and they have the potential to score coming into this game. Moreover, they have won the previous two League Two fixtures. Therefore, they will have enough of spirits to face this Newport side.

On the other hand, Newport have lost more games than they won and drawn combined. They are unlikely to affect the spirits of Crewe.

However, Newport are having an offensive and defensive line equal to Crewe’s and it is likely to make this game interesting. Expect a competitive clash between these two outfits on Friday.

The head to head stats of the two do not rule out the possibility of a draw. Since Crewe has been recording a draw consistently, this head to head suggestion seems logical.

However, we feel that a Draw No Bet option in favor of the home side is the most ideal option for this games as there is a doubt whether Crewe, who have been victorious in the last three home matches will give up a complete draw.