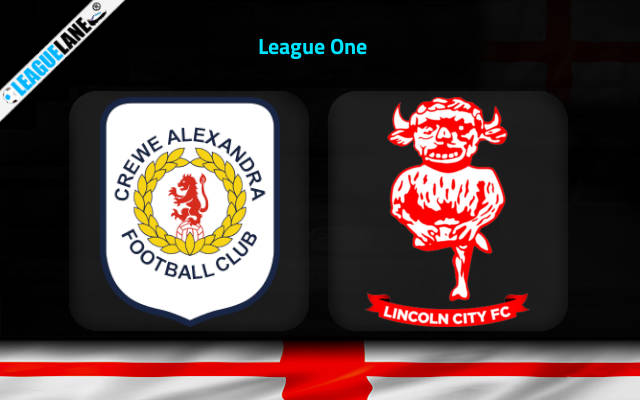 Crewe have been the absolute worst team in the league this season, and are placed bottom-most in the world.

Meanwhile, Lincoln might be a tad higher in the table in comparison, but on the basis of recent form, they too could be counted amongst the worst in the competition.

And judging previous h2h clashes as well, expect a goal-fest this Tuesday at the Alexandra Stadium.

Crewe had lost eight of the past twelve overall games, and they had conceded two or more goals in eight of the preceding twelve fixtures.

Going on, they had conceded three or more goals in three of the past seven home appearances, and they had managed to win just five times at home since May.

On the other hand, Lincoln were winless in 13 of the last 17 games, and they had remained so in 17 of the past 23 road trips.

On top of all these stats, previous h2h clashes too have had goals in huge numbers.

For these reasons, expect a goal-fest this Tuesday between the two.

Tips for Crewe vs Lincoln