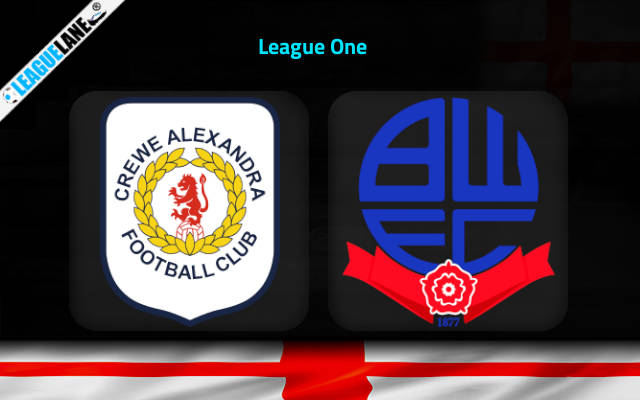 Crewe Alexandra has been on a losing run for the last 4 league fixtures in a row. With the second highest conceding figures in the league, they are likely to be the first to get relegated as they are in the nethermost position. Bolton won and lost twice from their last 5 league fixtures and are mid table side. They are winless since the last couple f games but hopes to turn the tables as they take a road trip to Alexandra Stadium this Saturday to face the unstable hosts.

The Trotters are at the 11th spot on the standing with 55 points from 38 games. They won 16 times in the league while drawing on 7 and losing on 15 other occasions.

Bolton Wanderers got defeated in their last game at the hands of Plymouth Argyle by 1-0. During their 6 latest matches, Ian Evatt’s men have converted a total of 11 times, yielding them the goals per game average of 1.83.

On the other hand, Crewe resides at the rock bottom closing the 24th position on the table with a mere 25 points. Of the 38 matches played, they won only 6 times in the league while drawing on 7 and losing on 25 other occasions. Their total goals to conceding ratio stands at 30:70 showcasing their dreadful lineup.

The hosts marked their fourth loss in a row previously to Wigan by 0-2. They have been defeated by 2 or more goals in all of their 4 most recent clashes across all competitions.

Bolton lost on their last league visit to Crewe, having gone unbeaten in each of their four games prior. In fact, they have never lost consecutive away league fixtures against the Railwaymen.

We predict a win for the away team, as they are average on road and coming into this clash, Crewe Alexandra haven’t won at home in the past 7 matches in the league which includes 6 back to back losses.